Over half of Kiwis concerned by privacy, as GDPR looms 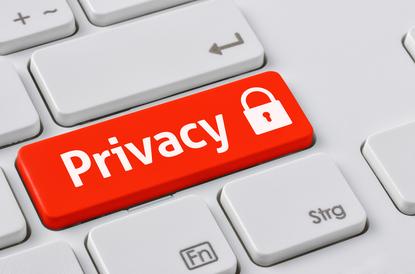 More than half (55 per cent) of New Zealanders are more concerned with individual privacy than two years ago, as General Data Protection Regulation (GDPR) looms large.

The revelation comes as the world, New Zealand included, prepares for the biggest shake-up of data privacy laws since the birth of the web.

According to research findings - commissioned by Privacy Commissioner and carried out by UMR Research - the number of Kiwis concerned about privacy increased to 67 per cent, up two per cent from the last survey held in 2016.

Specifically, New Zealanders are most concerned about children putting information about themselves on the internet (80 per cent), followed closely by businesses sharing personal information with other businesses (79 per cent).

Of note the channel, 62 per cent of New Zealanders said they trust government organisations with their personal information, a drop of nine per cent from when this was last measured in 2014.

Trust in companies was significantly lower this year at 32 per cent.

Furthermore, respondents felt vulnerable when sharing personal information over social media - 30 per cent were comfortable doing so, compared to 65 per cent who were uncomfortable.

Only 18 per cent were confident that their information would be looked after, while 75 per cent had little or no confidence at all.

With privacy concerns growing, and GDPR looming, Reseller News recently announced the launch of Exchange in Auckland and Wellington, an interactive forum designed to debate the key issues of the day in the New Zealand channel.

Through open and engaging table discussions, partners can offer opinions on the opportunities and challenges ahead, providing a platform for different perspectives and insights.

Launched in response to market demand, Exchange has been created to provide a voice to all attendees, spanning partner, vendor and distributor organisations across New Zealand.

The first two events will take place in Wellington and Auckland on the mornings of Wednesday 23 May and Thursday 24 May respectively, under the theme of - How will GDPR impact New Zealand?

Set for 25 May, the legislation will fundamentally change how organisations access, store and use personal data, impacting companies trading with the EU.

This exclusive Reseller News Exchange will go on the road to debate the early implications of GDPR in New Zealand, extracting opportunities while evaluating challenges for the channel in the year ahead.