Constrained by legacy, Callaghan Innovation strives to be agile 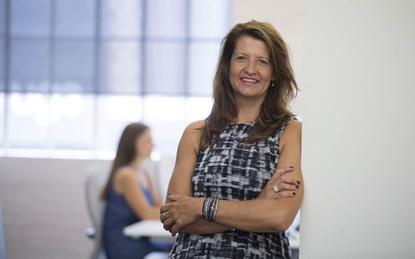 The country's lead innovation agency, Callaghan Innovation, is itself failing to demonstrate successful innovation and technological agility, a performance review has found.

The review found staff were unable to express their passion for their mission due to the lack of a focused plan, alongside bureaucratic and old fashioned internal systems and processes Callaghan inherited when it was founded in 2013.

"Callaghan Innovation’s people need to put their passion into the effective execution of a clear plan and they need agile internal systems and processes," the review states.

Callaghan's latest review is an improvement on one completed in 2015, but it still hasn't received a green rating across any of the multiple measures employed - it scored 11 orange ratings and seven lime in 2018 compared with three red, 20 orange and two lime in 2015.

The review says the lack of a plan is already being addressed by Callaghan's new leadership, with a 12 month strategy roadmap, a three to five year strategy and new 90 day plans which effect the 12 month roadmap and promote clarity, discipline and accountability.

However, Callaghan is not moving fast enough on system and process improvement. Legacy IT systems must be streamlined, the report says, rather than relying on the ongoing rollout of point solutions.

"Callaghan Innovation’s leadership is well aware that it is unauthentic for an innovation agency to be burdened by internal bureaucracy of its own making," the review notes.

"Callaghan Innovation cannot remove barriers and join the dots for science, business and innovators if it can’t get out of its own way internally. Signs and symbols are important here: an agency that can’t get its systems to work internally is not modelling successful innovation and technological agility."

But people underestimate the challenges, CEO Victoria Crone says. Callaghan was not a start-up operating from scratch.

Work had to be done to pull services into a more coherent offering and $8 million had to be spent on repairs and maintenance at the Gracefield science quarter. On top of that, asbestos issues revealed at Gracefield by the Kaikoura earthquakes also had to be addressed.

Because of its legacy, Callaghan's systems tend to operate vertically in silos, the review says, as opposed to horizontally across units and teams, resulting in duplication, complexity and "unnecessary frustration".

Crone says a "reasonable amount" has been spent to bring legacy into one IT system but there is still work to be done.

"What I would say though is there has been significant movement from that first PIF to the progress review we did late last year," she says. "We are now in Callaghan Innovation 2.0. We feel we have made some good progress albeit recognising there is more progress to be made."

Crone says Callaghan's new vision and strategy has now been signed off and implementation will be under way from July.

"I'm confident that will shift a big chunk of our next round orange to green," she says.

As for technology, an old and out of support financial management Information system has been replaced by cloud-based Microsoft NAV, while a new Microsoft CRM system has also been deployed.

"We've done a lot of work to get everything into a common IT stack," Crone says. "The next round of investment is to future proof that stack.

"We're looking for another step forward in terms of collaboration and productivity tools and we're also looking, with artificial intelligence and things like that coming through how can we make sure that platform gives us the benefits of that."

The grants system remains old, but hasn't been updated with changes now coming such as R&D tax incentives.

Crone says agile and lean processes are operating well in some parts of the organisation, such as among the scientists, but need to operate right across Callaghan.

Over the next year online platforms are planned to connect the ecosystem "at scale", Crone says. That will make networks more visible to users and entrepreneurs.

Furthermore, a science exchange platform is also being considered to connect users and providers of science-based R&D.

Callaghan also wants to ease reporting burdens on grant recipients by automating reporting through permission based web scraping of accounting platforms such as MYOB or Xero.

"At the moment if we want to scale our services that is quite manual," Crone says. "That's part of where we come from but we have identified the software we need to get this going at scale."