Officials advise against easing lines of business restrictions on Chorus 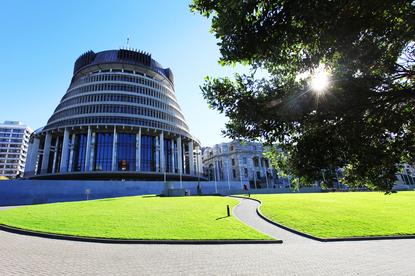 A Bill now before Parliament included a provision to ease restrictions on the lines of business network operator and wholesaler Chorus could operate.

That proposal led to howls of protest from retailers afraid it could open the door for Chorus to compete at the retail level for some services.

A Departmental Report to the Economic Development, Science and Innovation Committee is now recommending the proposal be dropped from the Telecommunications (New Regulatory Framework) Amendment Bill.

"We recommend retaining the line of business restrictions (i.e. not repealing them), with scope for the Commission to provide exemptions for particular services on a case-by-case basis after the first regulatory period," the report published today says.

Kordia opposed the elimination of restrictions on Chorus operating what are called level two services while Vocus opposed a number of changes it described as a "toxic combination" for competitors.

The changes, they said, removed restrictions on Chorus expanding its market into the fixed line wholesale market while it retained its monopoly on fixed line access.

"The combination of regulating only ‘entry level’ anchor services and removing restrictions on Chorus’ lines of business is a particularly ‘toxic cocktail’ for existing retail competitors," Vocus said in its submission on the Bill.

The officials also recommend changes to help ensure the new regime is responsive to consumer demands.

They recommended that the purpose statement of the Bill be amended to refer to meeting end user demands and that another section be amended to permit the Commission and the Minister to consider promoting the long-term benefit of all telecommunication end-users, where relevant, when making decisions.

The report recommends no changes in respect to another controversial proposal, that of creating a single regulated entry level 100/20Mbps "anchor" broadband service.

The anchor services were to ensure that a voice service and a basic broadband service were available to consumers at reasonable prices, and to provide an “anchor” on the price and quality of other fibre services.