All new systems were deployed in Microsoft's Azure platform 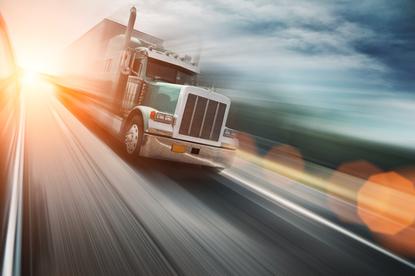 When trans-Tasman logistics solutions provider Linx embarked on a cloud-first IT overhaul with Dell Boomi, local partner Anatas stepped in to help weave the new systems together in record time.

Linx, which is headquartered in Sydney, was founded in 2016 following the separation of Patrick Corporation and the publicly-listed Asciano group of companies that year. The company has more than 3,800 employees across 60 sites in Australia and New Zealand.

Despite its long-standing history in the local logistics sector, LINX was established with a start-up mentality, building its business on a cloud-first IT strategy to enable agile operations that can quickly adapt and scale as the company expands.

As part of this approach, it deployed all new systems – including key logistics, safety, and human resources platforms – in Microsoft Azure’s cloud platform.

“We operate in a large number of high-cost markets and often with very tight margins, so one of the big areas we are interested in capitalising on is how we use technology to find ways to streamline our operations and analyse our data,” said Thomas Gianniodis, head of IT and project management officer, LINX Cargo Care Group.

“A critical component to achieving this is the way we integrate our internal systems, and how we connect these with our customers’ environments to share information with them more easily.”

The company ultimately opted for Dell Boomi’s integration platform-as-a-service offering to connecting its core operational systems located in Azure and its data centres with in-field mobile devices and in-vehicle telemetry systems to realise gains in safety, compliance and operational performance out in the field where the work is being done.

This is where Anatas stepped in.

The Australian-based integration partner is part of FTS Group, the federated group of IT services businesses operating throughout Australia and New Zealand, and counts Oracle, IBM, Software AG and Dell Boomi among its vendor partners.

Anatas came on board relatively late in the broader project, and had to move pretty quickly to come up to speed on the finer details and launch itself head first into the project.

“Dell Boomi had closed the sale,” Anatas sales and alliances executive, Rodney Douglas, told ARN. “[But] the nature of Linx’s project and the timeline that they were working to meant that they were in a real hurry.

“We had to demonstrate our expertise quickly, in one or two meetings. The engagement model built in some flexibility because we were learning as we went; as the situation at Linx was still unfolding and fluid.

"So, it was a very short and sharp process. [However], we were successful and so we started with a couple of people on the ground,” he said.

Anatas, which had been recruited for the project primarily in its capacity as a Dell Boomi partner, started working on the project in early April last year with the knowledge that Linx’s go-live date was in the middle of August.

According to Douglas, Linx had already selected all of its key software-as-a-service (SaaS) applications already, each of which had its own respective delivery partner.

This meant that there were five or six streams of parallel activity all taking place at once during the project, with respective project teams running on their own timeframe, reporting into a central Linx-run and managed project management office.

When Anatas was plugged into the project, the company was tasked with owning the infrastructure deployment, combining its activity with Dell Boomi, the client itself and Linx’s other infrastructure partner, which was doing a lot of the Microsoft Azure work and related jobs.

“We were responsible for all of the integrations and the interfaces and making sure that we hit our deadlines,” Douglas said. “We were adaptive to the project streams.

“The tail doesn’t often get to wag the dog, so we were sort of the glue that was joining them all together. We had to be adaptive to those other elements,” he said.

Ultimately, Anatas’ main outcomes in the project involved the integrations and interfaces, built in Dell Boomi’s plaform, which enabled connectivity between the other five or six key mission-critical business systems and business applications being woven together.

These included the payroll system, the finance system, the time-keeping system and other systems, with Anatas building the connectivity and the integrations between those different systems, with all the players working on the project used agile principles to deliver results.

In the end Linx was able to connect its core operational systems, located in Azure, and its data centres with in-field mobile devices and in-vehicle telemetry systems.

In fact, the aggregated data made possible by the project has inspired an upcoming data lake project, through which Linx plans to deploy analytics for more informed business decisions.

This is expected to be particularly beneficial as the uptake of automation, artificial intelligence (AI), and the internet of things (IoT) gains an increasingly-prominent role across the organisation’s four brands, Linx, Autocare, C3 and GeelongPort.