Can vendors really run a New Zealand channel from Australia?

Channel managers that rule in exile from Sydney and Melbourne are facing a dilemma in New Zealand. Should they go big or go home? 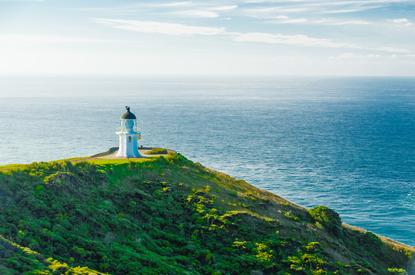 Separated by just over 2,000km of Tasman sea, a few hours time difference and two stars embroidered onto a flag - Australia and New Zealand are seemingly much closer together, than they are apart.

In business, the widely used slash holds holds together the alliance grammatically, turning an iconic bank in ANZ into a combined market strategy through A/NZ.

Specific to the channel however, confusion remains.

On the Australian side of the fence, early year intentions remain strong until emails become overloaded, travel to overseas conferences becomes overwhelming and public holidays become all the more confusing.

Economy flights from Sydney to Auckland - $750

Three nights accomodation in the Viaduct - $900

So, can vendors really run a New Zealand channel from Australia?

A tongue-in-cheek example above perhaps, but the very question of whether vendors can operate a channel turning over billions of dollars in revenue from remote shores remains to be seen.

This isn’t some patriotic rambling in the defence of all things Kiwi however, rather an analytical attempt at understanding the pros and cons of setting up shop in New Zealand.

But in the physical sense, very few vendor boots are on the ground, meaning partners have to go through the tedious ritual of round after round of Australian handshaking tours and executive dinners.

Because the Kiwi channel knows the score. A suited and booted channel chief crosses the Tasman on an obligatory official visit of New Zealand almost every quarter.

[Usually during the first week of the next quarter actually, because said channel chief was either slammed in Sydney or had meetings galore in Melbourne.]

During this tour, handshakes are forced, deals are debated and promises are plentiful.

Then Friday afternoon comes, and with it, the famous 4pm ‘let’s get the hell out of here’ flight, expertly provided by both Qantas, Virgin, Jetstar and Air New Zealand.

With meetings running late, and boarding time fast approaching, the mad dash across the city during peak traffic follows, creating a stressful end to another wise benign week.

But for the trans-Tasman executives ‘running’ the country from Outlook and Skype, ‘showing face’ remains a crucial exercise in keeping local channel relations sweet for another six months.

The rise and fall of Symantec in New Zealand is living proof of how a vendor can get the local market so spectacularly wrong.

Revealed exclusively by Reseller News in February 2015, the tech giant’s insistence on making all Kiwi roles redundant in favour of a centralised strategy - dictated from offices nestled on the Sydney Harbour Bridge - proved to be incredibly costly for the channel.

Despite being supported tremendously by local distribution, the PR ramifications of such a very visible retreat from New Zealand left a long-lasting mark with local channel partners.

How could the market leader of security abandon Aotearoa?

As one Dunedin-based partner told Reseller News on the condition of anonymity; “One minute Symantec was supporting New Zealand, the next it was gone. It seemed to happen overnight. Distribution was great in filling the gap but the move had a very damaging impact on my business.”

Because in a world in which Symantec tastes the same as McAfee, which self-respecting channel partner would side with a vendor actively pursuing strategies to exit New Zealand?

The advice is clear. Either stay put in Australia and rule in exile, or commit troops to the ground and make New Zealand a permanent home.

But under no circumstances come in, establish operations and pivot halfway through a plan because it’s impossible to advance when a full-blown retreat is underway.

*For the record, Symantec has since reversed its decision and once again hired local resources in New Zealand to run operations.

In looking at this argument objectively, perhaps it’s easier for Microsoft, a global titan of the industry, to treat New Zealand as a standalone subsidiary - a subsidiary continually recognised as top-performing on the world stage.

Or even fellow tier-1 players such as HP, Hewlett Packard Enterprise and IBM, who light up the Viaduct with neon signs of commitment to New Zealand.

Such vendors naturally command the lion’s share of the market, largely due of a combination of industry leading products, localised partner programs and aggressive on-the-ground channel teams.

Taking control of New Zealand operations from Sydney or Melbourne headquarters is a route most commonly taken by tier-2 and tier-3 vendors, vendors that essentially lack deep pockets and endless pots of money.

And 99 per cent of the time, value for money remains the overriding barrier to opening a New Zealand office.

A new hire must be funded by increased pipeline and a new office must be supported by an expanded pool of partners.

Customers create cash and without bucket loads of it, hiring a ceremonial figurehead is seldom high on the agenda of cost-cutting vendors.

“The market size of New Zealand simply doesn’t justify the on-the-ground investment,” one Melbourne-based channel manager told Reseller News, on the condition of anonymity. “We classify the market as just another state, and we invest accordingly because of this.”

Contrary to popular belief however, channel managers are allowed to make such statements in New Zealand.

Even the most patriotic New Zealander, holding a mere ounce of business acumen, can acknowledge and appreciate that nostalgia alone isn’t enough of a reason for vendors to blindly increase Kiwi investments.

From the tip of the North to the bottom of the South Island, this is a compact country. Granted, a country crammed with entrepreneurs, early adopters and innovative thinkers, but a small country nonetheless.

For those reading in the Qantas lounge however, don’t worry, there isn’t a mob of flag waving channel partners waiting at Auckland and Wellington airports to determine just how much vendor X or vendor Y loves New Zealand.

As one partner told Reseller News, “I couldn’t care less if my channel manager is based in Timbuktu, as long as they deliver.”

Words of encouragement for those vendors not quite willing to put their money where their mouth is in terms of investing in New Zealand Inc.

But is it feasible to deliver value from a different location?

Despite many similarities, New Zealand is different to Australia in terms of spending patterns, technology investments and channel strategies.

While this may be slender, such a fine line - and subsequent market knowledge - could prove the difference between winning and losing a deal.

Due to the strong performance of local distributors, most vendors don’t feel the requirement to add further resources to a market already well covered by a blend of global and niche players.

Such a strategy has proved a winning formula for many a vendor keen to capture Kiwi dollars, but through the safety of the supply chain.

From Ingram Micro, Exeed, Westcon-Comstor and Dicker Data, through to Duo, Soft Solutions, SnapperNet and Dove - among many others - the channel is soundly served.

But in weighing up both sides of the argument, the next steps remains unclear.

Channel managers that rule in exile from Sydney and Melbourne are facing a dilemma in New Zealand. Should they go big or go home?