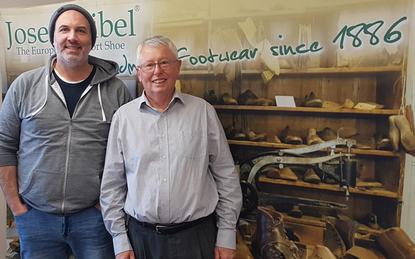 A small local importer and distributor with just 10 staff is now using Oracle Cloud to boost its ICT infrastructure.

George Rossolatos, IT manager at Watts Imports, said the shift -- completed last September -- was driven by discontent with the company's former provider on both performance and features.

"As we run a mixed environment at Watts Imports, the inability of our old provider to offer Linux as an option was always a problem," Rossolatos said.

"We had a number of bare-metal servers running both Linux and Windows, with the core Windows server getting synchronised to the cloud for disaster recovery purposes.”

When he received a call from the Oracle sales representative, Rossolatos admits he was sceptical.

"I thought: this guy has no idea about the size of our operation and is dreaming if he thinks we're going to pay enterprise money for cloud services!" he said.

"So, I went along with the pitch and listened to the features, but always thought when we got to talking about the money that the conversation would end pretty quickly."

He even provided a slightly lowered cost of the current service only to be "blown away" when the quote matched actual costs.

"I was even half-expecting there to be a couple of hidden costs or extras that might bump the price up, but when the quote arrived, it was as stated to the dollar and we've never paid a single cent more than that each month.”

There was no financial gain as the price stayed the same, but Watts is getting much better bang for its ICT buck - the real benefit was in performance, features and flexibility, as well as "exceptional" customer service.

"My cloud instances are much more responsive, I'm able to move resources around as I want, and I have a massive choice of OS images to choose from.”

However, no ICT project comes without challenges.

“Recreating our environment in the cloud again was probably the biggest challenge time-wise as it was an unexpected project on our list of things to-do," Rossolatos said.

"The primary role of our Oracle Cloud services are for backup and disaster recovery, and as we had our own bespoke method of syncing files between our local and remote servers, there were questions around how we would be able to open up specific ports to achieve this."

The Oracle Cloud console, however, provided the fixes needed -- and much closer ongoing control.

"The previous provider had full control of this, so I was always reliant on when they could schedule our request for changes," he added. "Oracle Cloud console handed the control back to me and I could make necessary changes, instantly streamlining the transition process.”

Plans for the future are the most exciting part of the project. As the services allow CPU, memory and storage to be dynamically allocated, Watts is now able to have multiple instances running different environments -- Windows and Linux.

"I've always been a bit of a bare-metal crusader, however, now for the first time, I'm considering consolidating and moving our production servers onto the Oracle Cloud," Rossolatos said.

Features like reboot-less kernel and user space patching with K-Splice (at extra cost to the current plan) are big draw-cards, as well as reducing downtime for users.

Instances can also be built for development and testing, which means never having to scrabble spare parts together to make a test server.