Six months after a limited launch, the HipChat successor (and rival to Slack) now has ‘tens of thousands’ of teams using it. 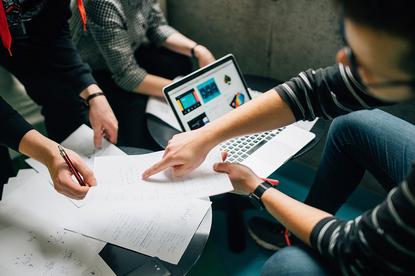 Stride has been positioned as a successor to the company’s popular HipChat platform and as a  rival to Slack, with a focus on streamlining group chat for users. Atlassian owns a range of collaborative applications, including project tracking application Jira and task management tool Trello.

Though the company does not provide stats on daily or weekly active Stride users, Steve Goldsmith, head of communications products for Stride, said that “tens of thousands” of teams are already using the platform.

Some are existing HipChat users that upgraded to Stride, said Goldsmith, though “a big chunk of them are people coming from other products and say they are overwhelmed.” Others have switched to from consumer messaging apps such as Skype, iMessage or text messaging or from rival team chat apps, he said.

Atlassian has touted Stride as a collaboration tool that offers a simpler user experience than rivals, with all the necessary tools in one place. “While other products may check the same boxes or similar boxes, they have done so by glueing things together and the actual end user experience is not great,” Goldsmith said.

“Switching to a product [that] seamlessly loops between the ways that you communicate – messaging, meetings, and task-tracking collaboration tools – is the hypothesis that we came out with last September and we have seen customers opt into that hypothesis.”

While the launch of the team chat app was an ambitious move, it made sense for Atlassian, said Raúl Castañón-Martínez, senior analyst at 451 Research.

“When Atlassian announced Stride six months ago, we saw it as a bold move,” he said, noting the platform was built from the ground up, unlike Trello and HipChat, which were both acquisitions. This week’s launch “plays to Atlassian's strengths, specifically its expertise in team collaboration and its extensive developer ecosystem."

Stride’s functionalities overlap with other Atlassian products, and the company competes  with unified communications vendors because Stride offers audio and video conferencing capabilities.

Goldsmith said that Stride’s Focus Mode - which allows users to mute notifications and let colleagues know they are concentrating on a specific piece of work - has been well received, with over 250,000 hours spent using the tool by  customers.

In the six months since launch, 50 new features and enhancements have been added to Stride. This includes improved search, updates to Meetings video and audio capabilities, and customizable conversation lists.

Atlassian has also added 20 new integrations to its Marketplace app store, including Trello, Google Drive and Dropbox. There are now 24 app integrations available.

Last month, Atlassian announced that it had opened up API access for Stride. The API had been available as a closed beta since the application’s debut, letting developers create their own custom apps and bots.

The Stride API is the first product built on Atlassian’s new API platform. This offers developers access to Atlassian’s new app management console, which is designed to make it easier to manage an app’s credentials from one place. (A new documentation interface also features integration with the Postman API toolchain for testing.)

There are a number of advantages to the new API platform, Atlassian said in a blog post at the time. Apps can surface information in real-time from the Stride sidebar - such as changes to a Trello board, for instance - rather than pushing updates directly into a chat stream. This will help reduce some of the “noise” that can occur in chat tools.

“The big picture here is that real-time communications will be increasingly integrated into workflows and business applications,” said Castañón-Martínez.

“Atlassian Stride is a good example of open, integrated architecture and the transition to cloud-based development platforms; these are key trends that will define business communications and collaboration technologies in the next five to 10 years.”