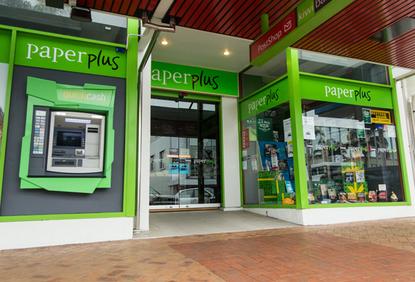 Intellium Technology is entering the final stages in building one of the largest private Wide Area Networks (WAN) in New Zealand, after securing a deal with Paper Plus Group.

Operating as the country’s largest chain of book and stationary stores, Paper Plus issued a request for proposal in 2016, seeking a hardware and network refresh.

Following a competitive tender process, the Auckland-based specialist was selected ahead of incumbent provider Spark, to start the work in early 2017.

According to Paper Plus CIO, Mandy Kennedy, the business - which has around 115 stores nationwide - was facing problems with aged technical infrastructure, with servers coming to end of life as their Spark network retired.

“The biggest pain point for a lot of store owners was the speed of the network, we were told it was impacting their business,” Kennedy said.

“The speed of the network is vastly improved for all of the stores. The ability to work remotely has improved and our email platform is a lot richer in functionality. This all improves efficiency, which is both saving time in stores and reducing levels of frustration.”

As a result, Intellium has designed, procured and built a private WAN for the organisation, backed up by added support services.

By the end of March 2018, the WAN will connect 113 stores from Kerikeri to Invercargill, providing increased connectivity speeds and reliability, as well as the opportunity for remote working.

Following the change, and from an email perspective, the organisation’s support office has been moved off Gmail and on to Exchange, providing users with increased levels of functionality and productivity.

From a deployment perspective, Wanaka Paper Plus was one of the first stores to be connected to the new WAN in May 2017.

“Before, everything was really slowed down so much that we weren’t functioning very well and now that’s gone,” Paper Plus store manager, Chris Lumsden, added.

“It’s enabled me to work from home so that’s a lot more productive. I had a car crash and broke my back, but I was able to do my job from my bed, it was just like being there in the shop.”

In addition to added WAN capabilities, Paper Plus is also trialling WiFi at selected sites across the country.

“By giving the option to replace the existing phone systems with voice over IP, store owners can choose to no longer pay for land lines by running their phones over the Internet,” Intellium director of business development, Mark Taylor, added.

“Improved resilience was achieved by cellular failover being incorporated into the design.”