One unnamed transformation procurement had a significant non-compliance issue 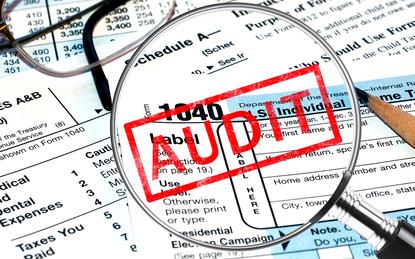 The Auditor-General has faulted Inland Revenue for accepting new pricing from one supplier to its transformation programme, but not giving the same opportunity to the other short-listed supplier.

Neither of the shortlisted suppliers were named in a report released yesterday, and seen by Reseller News.

Prominent suppliers to the programme include Accenture and Deloitte as well as US-based Fast Enterprises, which beat one other shortlisted vendor, SAP, to supply the department's new core tax system software.

The Auditor-General noted several other incidents of poor practice and noncompliance.

"For example, we could not find supporting documentation for contract variations, and there was incomplete documentation about conflicts of interest," acting Auditor-General Greg Schollum reported.

"Based on the available evidence, these examples appear to be the result of poor awareness or understanding of the Rules and Inland Revenue’s policies. We did not find any evidence of intentional non-compliance."

Poor information management for procurement made it difficult for Inland Revenue to demonstrate it is routinely checking compliance with the rules and its own policies, the report said.

Further, the software programme Inland Revenue uses to support procurement is described as "not fit for purpose".

"It does not support workflows or the approvals process for contracts, and it is confusing for staff who use it," the report added. "Inland Revenue is aware of these limitations and is in the early stages of acquiring a new software programme."

Inland Revenue, which is spending between $1.5 billion and $1.69 billion on its transformation strategy, recently changed its approach to procurement, the report noted.

"Inland Revenue centralised and restructured its procurement function and brought in procurement specialists with appropriate skills and resources," the report stated. "This change was well thought out and caused minimal disruption for the rest of Inland Revenue."

However, the procurements the Auditor-General looked at had been completed before the changes because not many had been made under the new approach at the time of the audit.

"The timing of our audit meant that it was too early to assess whether or how the new approach had improved Inland Revenue's compliance with relevant procurement rules and policies," the report added.

Mary Craig, Inland Revenue deputy commissioner for corporate integrity and assurance, said she was pleased the report noted the improvements Inland Revenue had already made.

“The new procurement processes put in place from the end of 2016 have already saved the taxpayer about $18 million,” she said.

“Now, addressing these recommendations will be a priority for us over the next six months,” she said.

“The report has highlighted areas, largely relating to record-keeping and quality controls, where our processes need to be tighter and better documented.”

Finalising the purchase of a modern procurement software programme will be a priority, she said.

The Auditor-General's report said the new approach focuses on relationships and outcomes, aiming to achieve the best results and value for money from purchasing goods and services.

"One aspect of this is that Inland Revenue works closely with its most important suppliers in a structured way to monitor their performance," the Auditor-General said. "This has helped improve suppliers' performance as well as helping Inland Revenue identify areas where it could improve.

"In my view, Inland Revenue has a clear vision and purpose for its new approach to procurement. Although changes have been implemented only recently, there are early signs that those changes are likely to improve supplier performance and outcomes for Inland Revenue."

However, Inland Revenue still needs to make important improvements to some of the processes that support its new procurement approach, the Auditor-General added.

"When we looked at individual procurements, Inland Revenue could not locate all the documents we asked to see," the Auditor-General said.

"Also, in some instances, we could not find evidence that quality controls had been applied. We found an inconsistent approach to probity and inadequate documentation to support some probity decisions."

Going forward, the report recommends that IRD improve its compliance with the Government Rules of Sourcing and its own policies to ensure that it always follows a robust, fair, and consistent approach to procurement.

In addition, and as a matter of priority, the report advised IRD to strengthen the way it applies and records quality controls for procurement so it can show that quality controls are always applied as intended, alongside prioritising improvements to how it keeps procurement and contract records to ensure a complete and accessible audit trail.

Finally, the report recommended the department put adequate probity assurance arrangements in place and document the probity approach for procurements, including decisions about obtaining and acting on probity advice, to clearly show that procurements have been fairly conducted through a transparent and impartial process.