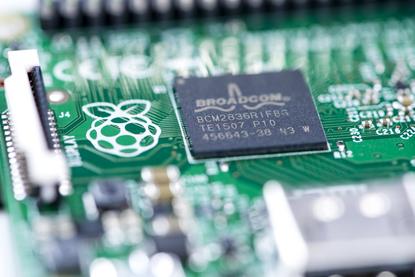 Broadcom said it was likely to pursue smaller acquisitions of chipmakers after its failed hostile takeover bid to acquire rival Qualcomm.

The vendor also said that its smart phone chip business would see a drop in demand this quarter from a North American customer and an increase from South Korea.

Most analysts believe that the North American customer is Apple, which made up a fifth of Broadcom revenue last year, and the Korean customer is Samsung Electronics, which is ramping up production of its recently announced Galaxy S9 smart phone.

Singapore-based Broadcom, however, said it would continue with its plans to redomicile to the United States, fuelling expectations that the company would likely scout for smaller targets.

"Given the maturity of the industry, the consolidation it is seeing and our relative size now, our future acquisitions are much more likely to be funded with cash available on our balance sheet and without the need to flex the balance sheet."

Broadcom's shares were down 1.2 per cent at US$264.50 in extended trading on Thursday.

"Typically, Broadcom has to make acquisitions to drive the earnings," said Summit Insight Group analyst Kinngai Chan. "If the company is able to make two or three medium-size acquisitions, then I think the stock will move up again."

But Broadcom officials were still publicly smarting over the loss of the Qualcomm deal. Krause said he was "touched" by an Institutional Shareholder Services report Wednesday encouraging Qualcomm shareholders to cast protest ballots for Broadcom's director nominees.

Krause said Broadcom believes that "based on the vote tally as of today, the 11 Qualcomm nominees are only garnering between 15 per cent to 16 per cent of the outstanding shares, not necessarily something to celebrate on San Diego."

Broadcom, whose WiFi chips are found in Apple’s iPhone and most Android phones, was eyeing Qualcomm's core baseband chips and license business that would significantly benefit from the rollout of 5G wireless technology.

In addition, Broadcom said first-quarter smart phone results were driven by an increase in orders from a "North American smartphone customer," which most analysts believe is Apple, which released its flagship iPhone X later than normal last year, pushing production into the early part of this year.

CEO Hock Tan said that customer's business was expected to "trend down sharply" in the second quarter, partially offset at Broadcom by more business for a "next-generation flagship [phone] from a large Korean smartphone customer."

Net income attributable to ordinary shares surged to US$6.23 billion, or US$14.62 per share, in the first quarter ended 4 February from US$239 million, or 57 cents per share, a year earlier.

The company, which announced a quarterly interim dividend of US$1.75 per share, said it recorded a gain of US$5.79 billion due to the recently enacted U.S. tax law.

Excluding items, the company earned US$5.12 per share, while net revenue rose to US$5.33 billion from US$4.14 billion.

(Reporting by Sonam Rai in Bengaluru and Stephen Nellis in San Francisco; Editing by Sriraj Kalluvila)