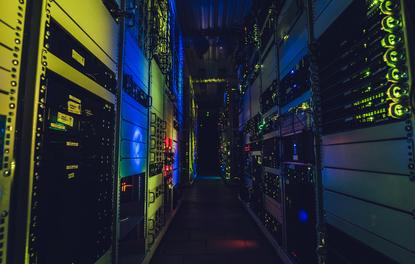 Datacom has sold off its Perth iX data centre in Belmont and is set to shut down the data centres in its Sydney and Melbourne offices after inking a deal for its own exclusive facilities in AirTrunk’s new sites on Australia’s east coast.

The deal sees Datacom become the sole aggregator at the AirTrunk sites, enabling its enterprise and government customers to access AirTrunk’s facilities and to connect with its public cloud customers.

"AirTrunk will continue to focus on attracting large cloud, content and carrier providers to their data centre campuses," a spokesperson for the company told ARN.

Datacom will have 660 square metres of floor space within each AirTrunk data centre to operate itself, while also operating a dedicated secure store, alongside its own own security control. Furthermore, Datacom’s own onsite staff will handle its fully serviced data centre services.

While the Datacom Cloud Services offering in Australia will be migrated to AirTrunk, it should be noted that Datacom still owns and operates all of its own data centres in New Zealand and that the company continues its investment into those facilities.

Just a day before announcing the AirTrunk deal in Australia, the holding company that had jurisdiction over the company's Perth data centre, Datacom Metro iX, was placed into liquidation, following the sale of the company’s internally operated data centre footprint in the Western Australian capital.

Datacom bought the Perth iX data centre in 2010 in a deal worth more than $10 million. The Perth iX site was constructed in 2008 and included tier three redundancy throughout the centre, representing Datacom’s ninth data centre in the region.

The company said at the time it would invest a further $2.5 million in an expansion program for additional cabinets to be housed in a hot/cold aisle arrangement.

The company maintains third-party data centre stakes in Western Australia region, an important part of its role in the state's GovNext-ICT programme, for which it was selected as one of three suppliers, with Atos and NEC.

Now, as Datacom works to migrate existing customers across to its new digs at AirTrunk’s hyper-scale sites, it is also preparing to discontinue the data centres in its Sydney and Melbourne offices, which it runs itself and from which it offers data centre services to customers.

“We will continue to operate our Melbourne and Sydney data centres for customers to ensure continuity until everyone has migrated to AirTrunk," a spokesperson for Datacom told ARN. "After this is complete, those facilities will be decommissioned."

ARN understands that Datacom customers not in Sydney and Melbourne will not be affected by the AirTrunk deal, and the existing arrangements will not change.

However, the spokesperson said the company welcomes any enquiries from interstate customers who do want to locate at AirTrunk, potentially using Datacom’s networks to provide that connectivity.

At present, Datacom has positions at some 15 other third-party data centres around Australia. The company said it would continue to maintain these presences and that they would still be served by the national network of interconnected data centres and digital assets the company announced in August 2016.