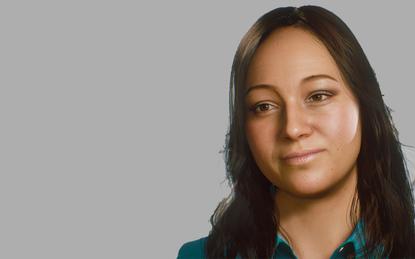 Vai is now at work assisting MPI at Auckland Airport

The Ministry for Primary Industries (MPI) is trailing Vai - which stands for Virtual Assistant Interface - in the airport’s biosecurity arrivals area to see whether she will become a permanent part of the team.

“The idea is for her to take some of the load off MPI officers during peak times by answering simple biosecurity questions from the public,” said MPI’s detection technology manager Brett Hickman.

“Digital employees also learn from every past interaction to sharpen and perfect their skills,” said FaceMe CEO Danny Tomsett.

“Vai is highly conversational and has been trained through every interaction, as well as data available on the website. She embodies the AI experience with human like qualities, including a friendly personality and emotional understanding," said Hickman.

“Nothing can replace real human interaction and relationships but Vai frees up our officers’ time so they can deal with the really important aspects of their role."

Tomsett said over the next ten years, human contact with organisations will be reduced to less than 15 per cent of total interactions.

"On the other hand, meeting consumers’ expectations is far more complex today than ever before; and there’s still huge strategic importance in customer experience and its impact on company culture, revenue growth and churn.

"It’s at the intersection of these two realities that there is a powerful opportunity to innovate."

To date, FaceMe has deployed its avatar experience over mobile, browser, phone and kiosk and has pilot customers across banking, government and telecommunications.