Founding CEO, Rod Drury, to step down from his role 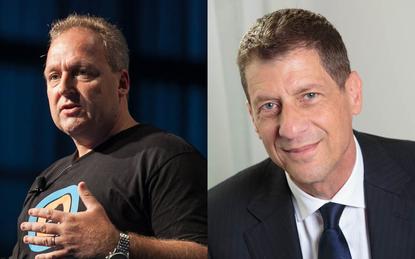 Founder Rod Drury is set to step down from his role as CEO of Xero, with former Microsoft Australia and New Zealand vice president, Steve Vamos, named as his replacement.

Vamos, who will step into the role from the beginning of April, is a non-executive of Telstra and has also done time with IBM Australia and was Apple’s A/NZ managing director and Asia Pacific vice president from 1994-1998.

He also held the role of Microsoft’s Online Services Group’s international vice president for the better part of two years after being the software vendor’s local VP for about three years, from 2003 to 2006.

Drury, meanwhile, will continue to focus on innovation and strategy for Xero as a non-executive director of the company.

According to the cloud accounting software provider, Vamos has spent the past 18 months working closely with the company’s executive team, developing is management capability and operating model.

“Succession planning has been high on the board’s agenda, and with the business performing strongly, we believe the time is right to make the transition at CEO level,” Xero’s chair, Graham Smith, said.

“We believe Steve Vamos brings an invaluable skill set to lead Xero. He has worked in some of the world’s largest tech companies and is a recognised, purpose-driven people leader, with a focus on growth and operational excellence.

"With a strong leadership team in place, Steve’s appointment underpins the important evolution from a founder-led company to a business with worldwide scale. At the same time, Xero will continue to benefit from Rod's product vision as a non-executive director," he said.

For Drury, the past 12 or so years has seen the company he founded expand from a four-person Wellington-based tech start-up to an international leader in its field, with over 1.2 million subscribers to its online platform, and more than 2,000 staff across 17 offices in eight countries.

“I’m so proud of the Xero team, the community that’s formed around us, the positive impact we’ve had on our customers, and the shareholder value we’ve created,” Drury said.

In a blog post published on 5 March, Drury said that he has known Vamos personally for over 10 years, and has known of him for over 20 years, when Drury first met the former Microsoft executive in Wellington.

“Steve understands our business and has helped build our global leadership team he has strong relationships with each of them,” Drury said.

Drury said that Vamos had demonstrated to the board that he possesses the skills and experience Xero needs to execute its next phase of growth – no surprise given the former Microsoft A/NZ vice president’s pedigree.

However, it seems that the admiration is mutual, with Vamos praising Drury and his ever-growing team for their achievements since the company's founding in 2006.

“What Rod and Xero have accomplished is rare and remarkable. I’m excited to have this opportunity to lead Xero’s growth and development going forward,” Vamos said. “I have really enjoyed the opportunity to work with the Xero leadership team and we have a clearly communicated strategy, which we are committed to executing.

“Xero is a special company with an extremely important purpose and significant opportunities. I look forward to continuing to work with Rod, the Board, the entire Xero team, and our partners and customers, to deliver on the potential of Xero’s global platform,” he said.

In February, Xero rolled all of its publicly-listed shares onto the Australian Securities Exchange (ASX), formally withdrawing from the New Zealand Stock Exchange (NZX).

The move came around three months after the New Zealand-founded cloud accounting provider confirmed it would delist from the NZX and consolidate its listing to the ASX.

With the move complete, the company reiterated its reasons behind the consolidation, saying a the time that the sole ASX listing provides the right platform for the “next phase of our growth”.

“Xero remains focused on its strategic priorities around product development and continuing to expand its geographic footprint and we are excited about the opportunities ahead,” the company said in a statement at the time.

The company, which is a major Amazon Web Services (AWS) partner, said that consolidating its listing on the ASX, rather than across two stock markets, should provide longer-term access to a broader marketplace for its shareholders.

“It is expected to create a deeper market for Xero shares,” the company told shareholders on an online information page dedicated to explaining the move. “This would mean investors who want to buy or sell Xero shares can do so in greater volumes and more easily."

In a media call on 5 March, Drury flagged his intention to spend more time focusing on the company’s technology footprint, with a major emphasis on building out its artificial intelligence and machine learning capabilities.

In July last year, Drury used the company’s annual shareholder’s meeting to talk up its burgeoning use of machine learning and AI.

“We’re into a new phase of innovation as machine learning and artificial intelligence allow[s] us to redefine small businesses computing on our global platform,” Drury told shareholders on 12 July. “Our strong revenues allow us to continue to invest to lead this revolution while we manage our cash towards break-even."

Drury's comments came just over six months after Xero completed its transition to AWS, marking one of the largest data migrations into the AWS cloud infrastructure environment across Australia and New Zealand.

The migration, which took just over two years to be architected and executed, saw more than 59 billion records, 3000 apps and 120 databases securely transitioned to the AWS platform.

Over that time, Xero added nearly half a million new customers, shipping thousands of product features and updates along the way.