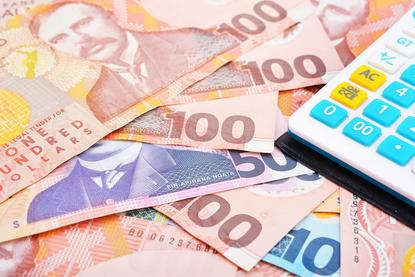 Listed telecommunications provider TeamTalk made an improved $2.15 million profit after tax in the half-year to December 31, despite a decline in revenue.

That was an improvement from $1.35 million for the same period in 2016 and puts the business on track to meet its guidance, the company told investors today.

“TeamTalk’s transformation is now entering the next phase where we are starting the major investments into our infrastructure which will enable the delivery of new products and services to our customers," TeamTalk CEO Andrew Miller said.

In December, TeamTalk announced that it had selected Tait Communications as its partner to roll out a new nationwide Digital Tier 3 radio network. TeamTalk said further announcements regarding the timing of the rollout will be made soon.

"The reaction from the market to this announcement has been very positive and we look forward to demonstrating the new capabilities that this investment will bring to the market," Miller said.

The revenue decline for the period was primarily a result of a slowdown in sales within the radio division, Miller said, as customers postponed investment decisions while TeamTalk was choosing its network provider.

“Despite flat revenues over the last six months compared to the same period last year, EBIT has increased by 9.5 per cent," he added.

In addition, TeamTalk EBITDA was $6.36 million compared to the same period last year of $5.99 million.

"The company is on track for a resumption of dividends along with reinstatement of the dividend reinvestment option at the end of financial year 2018,” TeamTalk chair Roger Sowry added.