Based in Auckland, Baluwala will work with customers to convert data into actionable insights 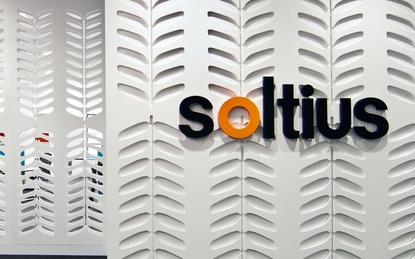 Based in Auckland, Baluwala will work with customers to convert data into actionable insights, leveraging technologies such as artificial intelligence, the Internet of Things and machine learning.

“The idea of bringing in predictive analytics, IoT, artificial intelligence and machine learning aspects to our customers, through Habib and the people we’ll bring in to follow Habib in the future is really exciting.”

Prior to joining Soltius, Baluwala previously held roles at IRD New Zealand and the University of Auckland, alongside positions in India and the UK, which included designing a solution for the early detection of lung cancer.

Baluwala’s appointment comes as demand for data scientists grows in New Zealand, in response to the rising volume of data being collected by companies across the country.

According to Baluwala, his new role will involve a mix of “data engineer, mathematician and story teller”, using technology to gain the insights which can be communicated to executives to help improve business outcomes.

“For example, a customer service organisation might be getting thousands of calls a day, but most of the time the voice of the customer is lost,” Baluwala said.

“How do you convert that voice into text and then use the text to do analysis to see what the important topics are for customers?

“Similarly, within the predictive space you have customers who have years of sales data but want to know how sales are going to be in future. Whether a customer is going to stay with them and so on.

"In those cases, we can convert the data into insights and provide the customer with a guide to the path they should follow.”