The telco saw a nine per cent year-on-year boost in revenue, to $967.3 million, for the six-month period 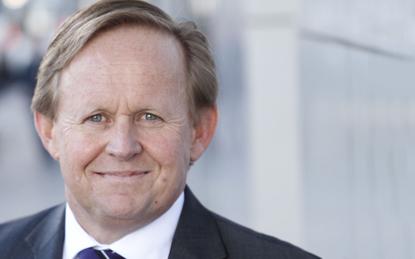 Vocus Group (ASX:VOC) has downgraded its full-year earnings forecast by between $5-$10 million, citing headwinds faced by its consumer division.

The publicly-listed telco told shareholders on 20 February that the revised earnings guidance, now being placed at $365-380 million (previously $370 - $390 million), primarily stems from its Australian Consumer division facing headwinds in the second half of the 2018 financial year due to “over hedging” of its energy portfolio and a change in its go to market strategy.

These factors, the company said, are expected to result in a reduction in the amount of subscriber acquisition costs that can be deferred.

The downgrade comes as the company releases its financial results for the six months ending December 2017, revealing a nine per cent year-on-year boost in revenue, to $967.3 million, for the period, but narrower increases in underlying earnings before interest, tax, depreciation and amortisation (EBITDA) of one per cent, to $188.8 million.

“We have recorded strong growth in our Enterprise & Wholesale businesses in both Australia and New Zealand, we continue to take share in NBN [National Broadband Network] and UFB [ultra-fast broadband] and our transformation program is gaining traction across the business,” he said.

The company’s enterprise and wholesale division saw revenue growth of 2.5 per cent, driven by growth in data networks. This, however, was offset by declining revenues in voice services, predominantly in the small business market.

The consumer division, meanwhile, recorded revenue growth of 5.7 per cent in the face of what the company referred to as “challenging market conditions”. Regardless, broadband revenue growth was driven by an accelerating migration from copper to NBN and higher NBN ARPU. This was also offset by declining voice revenues.

While Vocus Group’s consumer NBN market share increased to 7.7 per cent, gains slowed in Q2 FY18 as a result of the decision to stop promoting hybrid-fibre coaxial (HFC) services due to customer experience issues. This occurred prior to NBN Co’s decision to pause the HFC rollout for the same reasons.

At the same time, the company’s New Zealand business experienced revenue growth in both the enterprise and consumer markets. The company said that its focus on UFB has resulted in market share growth to 13 per cent.

Horth also provided an update on the progress of Vocus Group’s Australia Singapore Cable project, saying it is on track to be ready-for-service in Q1 FY19, and that it has executed several customer capacity agreements.

The latest results come just weeks after Vocus announced it would separate its separate its enterprise and wholesale business units.

The changes came as a result of Vocus’ transformation program and are intended to allow sufficient senior executive focus on the opportunities within these segments, the company told shareholders on 15 January.

Chief executive for enterprise and wholesale, Michael Simmons, will lead the wholesale and international segment.

Simmons joined the Vocus board via the merger with M2 Group in 2016. In January 2017, Vocus announced he would be temporarily heading up the enterprise and wholesale business in Australia until a permanent replacement was found.