Teleportivity operates a video-based platform allowing users to connect with expert help regardless of geography, delivered through the channel 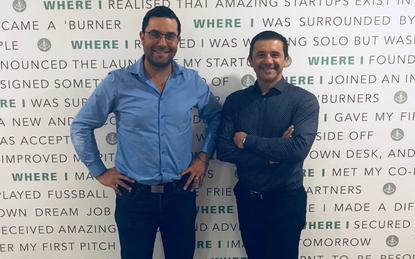 When David Borg left his role as Fuji Xerox Printers dealer general manager in late 2017, he said he was off to embark on “new projects”.

As it turns out, Borg’s new endeavour, a telepresence start-up, had been in the works since at least 2016.

Essentially, the aim of the company’s strategy is to provide resellers with the ability to offer a fully-scalable interactive video touch screen-delivered, human-based expert help system for their customers.

The technology behind the platform, dubbed Worker Clicks, is Australian-designed in collaboration with a global multidisciplinary team.

Teleportivity founder and CEO, Adam Gottlieb, developed the prototype of the platform in early 2016.

The company has already signed its first distribution agreement with Ingram Micro New Zealand, a promising early development for the young start-up.

“We have partnered with Teleportivity to enable market breadth into New Zealand on the back of the great work they’ve done in Australia already whilst complementing our mature and successful Apple business,” Ingram Micro New Zealand specialty brands business manager, James Harwood, said.

For Gottlieb and Borg, this is just the beginning, with the company already claiming to have live implementations across a number of key sectors including education, smart buildings and the events space.

“We also have several proof of concept trials in progress, plus a healthy pipeline of end user customer opportunities already locked in,” Borg added.

According to Borg - who is also co-founder of the business - the company has a growing base of carefully selected channel partners across both Australia and New Zealand.

As reported by Reseller News sister publication ARN, Borg has been charged with building out the start-up’s channel program on both sides of the Tasman and, eventually, further afield.

“My role is to take the concept and to build a global channel,” Borg told ARN at the time. “It’s 100 per cent channel, and because I love channel, I like to help people create solutions that make them good, recurring margins; that’s what I’m focused on.”

Currently, Borg is hoping to identify a small pool of “20 or so” local partners in which to invest and start building the business up.

“Every channel partner we speak to is really excited about the opportunity,” he added. “And so, for us it’s now about having selection criteria, finding resellers aligned with us from a values perspective; having a deep, rather than wide strategy.”

While Borg’s plan to focus on the local market with Ingram Micro on board, other distributors may come into play further down the track.