How Education NZ created a collaborative environment through Intergen

Built on Microsoft technologies, Cohesion is an ECM offering created by Intergen, delivered as-a-service through the cloud 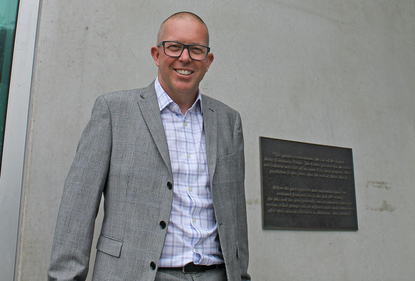 Specifically, ENZ is tasked with raising awareness of New Zealand as a study destination, supporting education providers and businesses to export services and products.

With a global remit, the agency employs 90 staff across 17 locations worldwide, creating a need to implement organisation-wide collaboration and information sharing.

“We are a knowledge organisation with a strong customer focus,” ENZ CFO, Matt Penney, said. “We needed to do more than just record and store our information. We needed a platform that would allow us to really use our information and get the most out of it.

As a result, Penney said ENZ required a solution that would allow the business to “work from anywhere”, while also engage with external education partners.

In addition, the offering needed to “seamlessly integrate” with its existing SharePoint intranet, alongside increasing functionality across Office 365 and Dynamics 365.

According to Penney, the business worked from a “clean sheet of paper”, resulting in the implementation of Cohesion, following a four month deployment through Intergen.

Built on Microsoft technologies, Cohesion is an ECM offering created by Intergen, delivered as-a-service through the cloud.

The solution was originally built for New Zealand government agencies as one of three offerings available through the all-of government enterprise content management services panel, established in November 2013.

Fast forward to 2018 and Cohesion serves more than 7,000 users within New Zealand’s public sector, with availability now reaching Australia across all sectors on private, government and public clouds.

“We really liked the idea of inter-agency collaboration and the ability for us to share workflows with other agencies using Cohesion,” Penney said. “As a smaller agency one of our bigger concerns was that Cohesion wouldn’t be suitable for us.

“We worked with Intergen to tailor Cohesion to our needs as a smaller agency and it added up. Cohesion’s catalogue approach really appealed to us and helped us to get a right-sized solution.

“It was a case of finding not just the right solution, but also the right partner.”

Operating as a small-sized organisation, the business doesn’t have dedicated information or change management expertise in-house, creating a need to leverage the channel to access such services.

“Having strong change and information management in place took the complexity out of the project for us and gave us best practice,” Penney added. “It was the single biggest reason for the success of the project.”

As explained by Penney, ENZ created a project team of “super users” internally, before drawing on Intergen’s specialist capabilities to ensure ongoing support.

“Getting critical mass, getting people to spread the message, getting extra training has all helped us drive to the finish much more quickly than we would have been able to otherwise,” Penney added. “It has saved us a huge amount of time and effort in the long run.”

“The ability to co-author and have watertight version control in Cohesion has been a massive win for us,” he added.

“It saves us a significant amount of time and effort and gives us unprecedented transparency and visibility across our processes and information.”

Furthermore, Penney said faster time to value through catalogue approach has allowed ENZ to deploy a “right-sized” solution that is implemented quickly.

“The catalogue offered us a vanilla ice-cream approach and then we could choose a few chocolate sprinkles to ensure things moved along quickly,” he added.