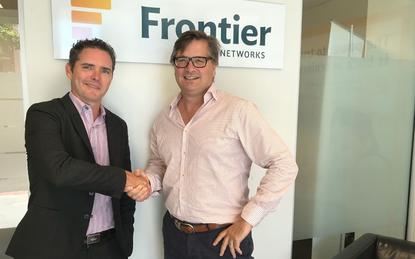 Jupl won the deal through a global tender and the contract was finalised at the inaugural Samsung Healthcare Summit held in Sydney late 2017.

Alan Brannigan, co-founder and CEO of Jupl, said the solution evolved as a result of thousands of hours of collaboration between Samsung, Cisco Jasper, Spark and Jupl.

“The solution was made possible, in large part, by the roaming capability of the Samsung Gear S3 Smartwatch, in conjunction with the embedded SIM solution provided by Spark, and managed using the Internet of Things (IoT) connectivity platform provided by Cisco Jasper,” Brannigan said.

The Gear S3 is the first smart watch with an embedded SIM, meaning it is essentially a mobile phone and can transmit information.

The application provides around-the-clock support for the wearer and their carers through GPS and activity monitoring, as well as allowing critical alerts and reminders to be received.

Furthermore, the application also incorporates a mobile phone app for carers to receive updates on the wearer, should the wearer become distressed.

"We were looking for the best technology partner to work with us to deliver advanced healthcare solutions," he said. "At the end of that process, we concluded that Jupl was the one for us.”

Sir Ray Avery, Jupl co-founder and healthcare inventor, described the technology as a "world-first" that would transform how the industry looks at personal health and safety.

"It’s a great example of the kind of healthcare innovation required to improve healthcare outcomes for the world’s  ageing population," he added.

Gui Feijo, Jupl’s general manager in Australia, said Jupl has been running multiple product trials and case studies throughout Australia in the past year.

Feijo said the partnership with Frontier Networks is the first of several expected to be inked in the next few months.