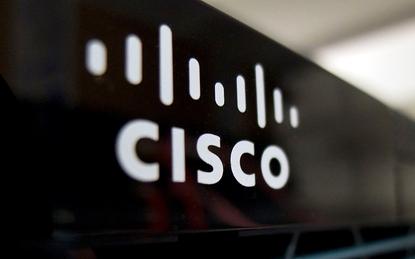 Cisco has advanced its intent-based networking gear so now it can both verify that networks are actually running according to the intentions set by admins and also so it can help to find and resolve network problems faster on both wired and wireless networks.

The company says this is a new phase in the evolution of its IBN in which it is addressing assurance – the ability to assess whether the intentions that have been translated into policies and orchestrated throughout the network by configuring individual devices are carrying out the intentions they are supposed to.

Assurance is being added to the list of Cisco’s IBN capabilities with a new software product and enhancements to two other pieces of software being announced at the Cisco Live conference in Barcelona today.

This gives Cisco a more integrated and comprehensive IBN offering than competitors whose offerings can support targeted core features of IBN, but not across an entire network, says Rohit Mehra, the vice president of network infrastructure for IDC. “It brings policy, security and all capabilities around network assurance, and how network assurance makes the network resilient and secure,” he says. “This is a good, logical next step.”

It’s a step that will up the bar for Cisco’s competitors. Mehra says the IBN market is fairly fragmented with many vendors offering up a piece of an IBN solution, but not many integrated pieces. “Different vendors provide some of these,” he says. “You have to think of them as point solutions, and to the extent they do their job some of them are excellent.”

For example, IDC has written about startups Live Action, 7Signal Solutions, Nyansa, Thousand Eyes and Kentik that provide cloud based monitoring, an important piece of IBN. But more established vendors such as NetScout, CA and IBM also offer this type of network monitoring, he says. “Getting IBN coherent from a single vendor, I think there such more value in it,” Mehra says.

The announcement centers on the following:

Cisco Network Assurance Engine: This is a new piece of software running in a virtual machine and providing the assurance capabilities for data centers with Cisco’s Application Centric Infrastructure (ACI) enabled data centers. ACI is Cisco’s software-defined networking that is baked into the network hardware. The Network Assurance engine will enable IT pros to understand the impact of proposed network changes in data centers and verify that network behavior complies with policies that have been set.

Cisco DNA Center Assurance: This is software that gathers and analyzes data from across networks to help identify the root cause of problems and suggest ways to fix them. A separate software platform, Cisco Meraki Wireless Health supports similar features for wireless networks.

Cisco Meraki Wireless Health: This is a software enhancement to the dashboard for Cisco’s Meraki line of wireless gear. It spots anomalies and trends that could indicate problems, helps isolate the causes and suggest remediation.

In earlier IBN announcements, Cisco addressed what it calls translation, the act of capturing the business intent that IT is trying to get out  of the network and translating that into policies the network understands. This phase also checks that these policies can be deployed without conflicting with other intents.

The next phase Cisco announced was orchestrating the policy throughout the underlying infrastructure with configuration of individual devices and making sure they have been provisioned correctly to deliver the intent.

This latest phase, assurance, guarantees that the orchestrated policies are actually delivering on the intent. Assurance continuously verifies that the network is remaining in the right state to do so. This is done by gathering and analyzing data from all devices in the network, both hardware and software.  The analysis can give context to events on the network that can help troubleshoot problems more quickly. And, the analysis can recommend actions that could be taken to correct problem issues, the company says.

This can be accomplished with Cisco gear, but the company is also working with other vendors so their products can contribute to a more comprehensive IBN infrastructure, the company says. Some of these vendors are Citrix, F5, AVI, Splunk and VMware.

Some of these additions to Cisco’s IBN portfolio are available now and others will be added over the next few months.