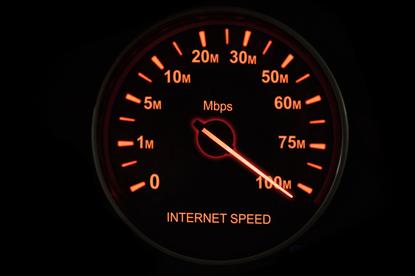 The Commerce Commission has issued a warning to NZ Fibre Communications Limited, also known as Stuff Fibre, for making unsubstantiated claims that it is “Probably NZ’s Fastest Internet”.

According to Commission findings, Stuff Fibre was “likely to have” breached the Fair Trading Act because it did not have “reasonable grounds” for making the claim.

“Stuff Fibre had not done any broadband speed comparisons with competitors and admitted it did not know if its broadband services were actually faster than its competitors,” a Commerce Commission statement read.

As a result, the Commission took the view that the caveat “probably” was not effective to prevent customers from being misled.

Commissioner Anna Rawlings said consumers who saw the “Probably NZ’s Fastest Internet” claim were likely to think it meant the internet provider’s broadband was faster than other broadband providers.

“The internet speed claim is a matter of scientific fact that consumers would expect to be known and verified,” Rawlings said.

“If a trader is prepared to say it is “probably the fastest”, this will suggest to many consumers that they have done their research and are comfortable they are performing at that level. In fact, Stuff Fibre had not verified its claim.

“Traders need to remember a claim is unsubstantiated if they do not have reasonable grounds to make the claim at the time they make it - irrespective of whether the claim is false or misleading.”

The slap down follows news that Stuff Fibre - a company launched in 2016 and part owned by Fairfax Media - recently acquired the customers of Christchurch-based company Pure Fibre.