Oracle’s ‘Bring Your Own Licence’ play begins to pay off 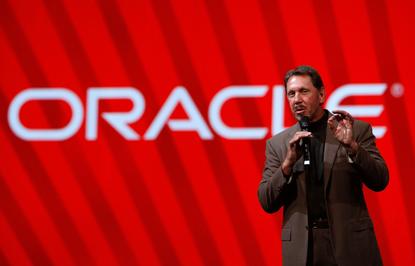 In September, Oracle unveiled its new ‘Bring Your Own Licence to PaaS’ cloud program, and the new offering is already paying off for the vendor, according to the latest financials.

Oracle held its second quarter earnings call on 14 December, with the company revealing a six per cent year-on-year rise in total revenues for the period, to US$9.6 billion.

The vendor also reported 55 per cent year-to-year growth in cloud software-as-a-service (SaaS) revenues, to US$1.1 billion, and a nine per cent annual increase in cloud and on-premises software revenues for the period, to US$7.8 billion.

According to Technology Business Research analyst, Meaghan McGrath, Oracle’s licence and maintenance ‘on premises’ revenues for the quarter saw accelerated growth as customers begin to view the 'Bring Your Own Licence' (BYOL) offering as a cost-effective means to leverage licence investments as they transition to cloud.

“Oracle expects this improvement in licence and maintenance on the platform and infrastructure side to improve notably as the autonomous database becomes available and customers purchase supporting technologies around database licenses and host them on Oracle’s Cloud Infrastructure,” McGrath said.

The idea behind Oracle’s ‘Bring Your Own Licence’ approach is to give customers with existing on-premises licences the ability to leverage their existing investment to use Oracle platform-as-a-service (PaaS) at a fraction of the old PaaS price. In doing so, customers have the potential to reduce their management and operational costs.

The tech giant already allowed customers to bring their on-premises licenses to its infrastructure-as-a-service (IaaS), and the new offering was viewed as another step in bringing them into cloud environments, while addressing the cloud adoption challenges they face with their on-premises software investments.

"We are completely transforming the way all companies buy and use cloud by providing flexibility and choice," Oracle executive chairman of the board and CTO, Larry Ellison, said in September.

"Today, we combined the lowest prices with the highest performance and more automation to deliver a lower total cost of ownership for our customers,” he said.

During the earnings call on 14 December, according to McGrath, Oracle executives continued to emphasise the opportunity that the platform and infrastructure segment – both traditional and cloud – present for the business.