Global retailer to offer free shipping nationwide for purchases over $49 ($37.26), with millions of products available 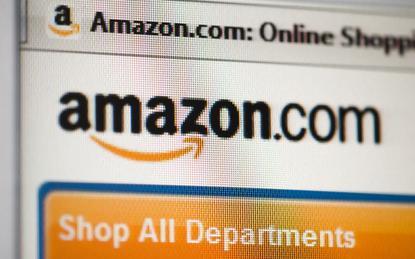 Amazon.com Inc's Australian arm said it would start taking orders on Tuesday, ending speculation about the timing of its launch in the world's no.12 economy and likely dashing hopes of a holiday boost for struggling brick-and-mortar rivals.

The global retailer said it would offer free shipping nationwide for purchases over $49 ($37.26), with millions of products available from clothes to sporting goods to consumer electronics.

The move establishes the $550 million behemoth as an aggressive presence in the sluggish Australian retail sector, just as shopkeepers were hoping for a rush of sales over the important Christmas holiday season.

Amazon' Australia country manager, Rocco Braeuniger, said in a statement the US company would "earn the trust" of Australian shoppers and, over time, create "thousands of new jobs".

Australia has long been home to Amazon-registered sellers, but until Tuesday they were limited to sending goods offshore because the Seattle conglomerate did not have a warehouse in the country of 24 million people. This also meant Australians had to wait longer times, and pay higher fees, for shipping.

The company has now set up a massive distribution warehouse on the outskirts of Melbourne city, on the country's east coast where four-fifths of the population live, and the company hopes to cut delivery time to as little as a day.

Under the free delivery offer, Amazon said it estimated delivery times as short as three business days in the cities of Sydney, Melbourne, Brisbane, Adelaide and Canberra - home to half the country's population - while shipping to remote areas could take 10 days.

Shoppers could pay a fee for faster shipping times. Amazon did not say what time of day it would begin taking orders from its Australian warehouse, except to say it would be on 5 December.

It also did not comment on any last-minute problems from an order-taking trial which began on Nov. 23.

Amazon said it planned to offer its rapid-shipping subscription service, Prime, in mid-2018, in a sign it is unperturbed by the geographic challenge posed by one of the world's most sparsely populated countries. Australia is the size of the mainland United States, with one-thirteenth its population.

Australian retail shares have fallen sharply since Amazon confirmed plans for the country in April. Shares of top department store operator Myer Holdings Ltd are down 30 percent since that time.

Myer has been shutting stores and ramping up online sales, and last month it halved its three-year target for growth in sales per square meter. Its online sales leapt 68 percent in the 13 weeks to Oct. 28, but remained only a tiny fraction of its total revenue.

Shares of no.1 electronics retailer Harvey Norman Holdings Ltd are down seven per cent since April, while smaller JB HiFi are off by six per cent amid fears of competition from Amazon.