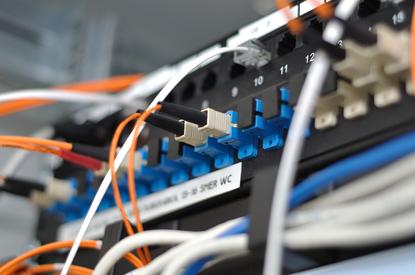 Cisco continues to dominate the switching and router market across the world, with the tech giant reporting a 51 per cent share amid an upturn in end-user investment.

According to new third quarter data from Synergy Research Group, Cisco currently holds shares in the individual segments markets ranging from 63 per cent for enterprise routers to 38 per cent for service provider routers, representing the vendor’s best share performance since the first quarter of 2016.

For the last four quarters in aggregate Cisco’s market share was 50 per cent, two percentage points down from the preceding four quarters.

Behind Cisco the ranking of vendors was different in each of the three main segments but in aggregate the networking specialist is followed by Huawei, Juniper, Nokia and Hewlett Packard Enterprise.

From a market perspective, overall switching and router market shares were in the 4-10 per cent range during the third quarter, backed up by a “reasonably long tail” of other vendors with Arista and H3C being the most prominent challengers.

“The big picture is that total switching and router revenues are still growing and Cisco continues to control half of the market,” Synergy Research Group chief analyst John Dinsdale added.

“Some view SDN and NFV as existential threats to Cisco’s core business, with own-design networking gear from the hyper-scale cloud providers posing another big challenge.

“While these are genuine issues which erode growth opportunities for networking hardware vendors, there are few signs that these are substantially impacting Cisco’s competitive market position in the short-term.”

Meanwhile, Dinsdale said worldwide switching and router revenues stands at “well over” US$11 billion during the period, totalling US$44 billion for last four quarters, representing three per cent growth on a rolling annualised basis.

Delving deeper, ethernet switching is the largest of the three segments accounting for almost 60 per cent of the total and it is also the segment that holds the highest growth rate, propelled by aggressive growth in the deployment of 100 GbE and 25 GbE switches.

From a geographic standpoint, North America remained the biggest region accounting for over 41 per cent of worldwide revenues, followed by Asia Pacific, EMEA and Latin America.

The APAC region has been the fastest growing and this was again the case in Q3, with growth being driven in large part by spending in China, which benefitted Huawei in particular.