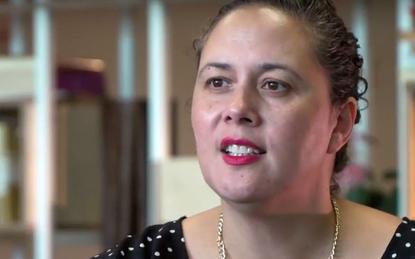 Mahuki has enabled teams to spend four months dedicated to researching and developing business ideas, working with Te Papa’s experts and collections, and user-testing with millions of museum visitors.

"We are always looking for ways to connect more New Zealanders with their taonga and in more meaningful ways. Innovative use of technology is one of the ways in which we can do that."

Mahuki aims to build on New Zealand’s strength in the creative industries, alongside a rapidly growing technology sector and to boost opportunities for local creative technology businesses.

Innovations include using virtual reality to take audiences behind the scenes to meet artists, conservators and story tellers (I Want To Experience), alongside an app that connects volunteers with volunteering opportunities (Collaborate).

In addition, digital portraits that interact with exhibition visitors (Vaka Interactiv) are also highlight, alongside cataloguing and collections app that streamlines the lending and borrowing process (SimplyFi) and a programme that connects culture sector retail stores with local creatives (LocalFlair).

“All the teams have achieved their goals to date and some have secured early success,” Mahuki general manager Tui Te Hau added.

Te Papa will be engaging Mahuki innovators I Want To Experience to provide virtual reality experiences for visitors to Te Papa’s new art gallery, Toi Art, which opens next March.

Visitors will be able to visit artist Lisa Walker’s studio and learn directly about her creative process.

Another innovator, Collaborate, has launched its app and have had 70 organisations looking for volunteers sign up.

Student team ScimitAR secured a pilot with Wellington City Libraries and Kāpiti Coast District Libraries, called Mahi the Moa AR Hunt, while LocalFlair won its first client by way of the NZ Cricket Museum which is looking for creatives to develop merchandise for its 150th anniversary.

One of the teams attracted international interest and is looking to grow into China.