Davidson, who is currently CEO Datacom Systems New Zealand and Australia, joined the technology provider in 1997 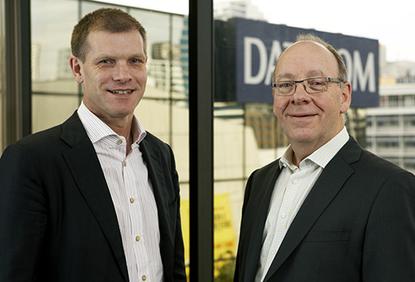 Greg Davidson will succeed Jonathan Ladd as Datacom Group CEO from April 2018, as the technology provider embarks on a leadership change ahead of the new year.

Davidson, who is currently CEO of Datacom Systems New Zealand and Australia, joined business in 1997, first serving as general manager of Internet Services before rising through the leadership ranks.

Prior to his current role, Davidson was CEO of New Zealand operations for nine years from 2007 to 2016, when his duties were extended to include Australia.

“He has a deep knowledge of and passion for Datacom and has been instrumental in aligning the Australia and New Zealand Systems business to meet customers’ needs better through a series of key transformation initiatives.”

Looking ahead, Boyce said the board of directors are confident that Davidson will rise to his new leadership role and unlock further opportunities for differentiation and growth across the provider’s expanding customer base.

“His dynamic leadership, deep insight and customer obsession have been a vital component to the continued success of the Systems business across New Zealand and Australia,” Boyce added.

Davidson replaces Ladd, who was Group CEO for more than seven years, driving strong performance across the business on both sides of the Tasman.

"Financial performance has been consistently strong. The board and Datacom’s shareholders recognise and appreciate Jonathan’s stewardship and his significant contributions to lead Datacom to where it is today."

As a result, Boyce said the business can "transition smoothly" to Davidson's new leadership in the coming months, with the organisation "continuing to evolve without interruption".

"It has been a privilege to serve the board, the employees and the customers of Datacom over the past seven years as Group CEO and eleven years as a board director," Ladd added.

“Handing the reins to Greg is at a high point for me personally, coming at a time that Datacom is poised to achieve even greater success.

"Greg and I have worked closely for a number of years now, and as my natural successor, I know that I am handing over to a strong and visionary leader."

In looking ahead, Davidson said the next chapter in Datacom’s history will build on past successes, built around the provider’s strong heritage of customer focus, innovation and agility.

“Datacom will continue to push boundaries, think differently, and demonstrate the value of collaborating with customers and partners," he said. "I am proud to lead the organisation and our people into the future."