NZ Post puts its ReachMedia stake on the block 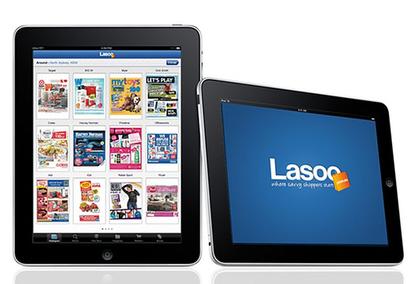 NZ Post is preparing to sell its stake in Reach Media, owner of Lasoo.co.nz, as it clears its books of Kiwibank's troubled core banking system replacement project.

NZ Post's annual financial statements to 30 June 2017 record that the holding value in the company, $3 million, was reclassified as "held for sale" at the very end of the financial year. A spokesperson said that status had not changed since the accounts were compiled.

ReachMedia, founded in 2007, describes itself as the largest catalogue distributor in New Zealand and the owner of NZ shopping website Lasoo.co.nz, working with brands such as The Warehouse, Bunnings, Progressive Enterprises, Kmart and Vodafone.

Big changes are also revealed in the carrying value of software in NZ Post's accounts following the $90 million impairment of subsidiary Kiwibank's SAP-based core banking system replacement, CoreMod, and the partial sale of Kiwibank itself.

Kiwibank is no longer considered part of the NZ Post Group after its partial sale, taking all of its software investments out of the accounts.

However, NZ Post has agreed to provide $40 million in capital to Kiwibank, if required, to complete the system replacement.  That project is under review and the report says it is "highly unlikely that the current delivery path of the core banking system project will meet the key transformation objectives of the bank."

No provision has therefore been made.

NZ Post also made provisions of $13 million for restructuring costs in 2018 and beyond down from $21 million for 2017.

In September, NZ Post today reported a net profit after tax from continuing operations of $27 million for 2017, a year-on-year improvement of $17 million.