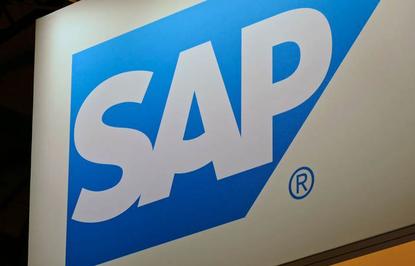 Europe's most valuable technology company, SAP, reported that third-quarter revenue growth slowed after a strong first half and profits came up just short of analysts' expectations.

The software vendor's core profit excluding special items rose by four per cent to 1.64 billion euros (US$1.94 billion) at constant currency rates, SAP said, below the 1.69 billion euros expected by analysts in a Reuters poll.

Nonetheless, SAP said it was confident it could meet or beat its financial targets for the full year, as it modestly raised the midpoint of its outlook for 2017 revenue and core profits.

SAP had posted double-digit revenue growth in the first two quarters of 2017.

Cloud subscriptions and support revenue rose 27 per cent in the third quarter to 938 million euros, excluding currency effects, compared with the 29 per cent analysts had expected, on average.

Its classic software license and support business revenue rose four percent to 3.72 billion euros, with to a growth rate of 2.2 per cent expected by analysts.

SAP Chief Executive Bill McDermott was bullish for the fourth quarter, telling journalists that cloud bookings were up around 35 per cent year-on-year during the current period.

"We are gaining share against our competitors. SAP is growing faster in the cloud - and we are doing it organically," McDermott said during a conference call, contrasting the acquisition-fuelled growth of rivals.