Fletcher Building repiles the foundations of IT services

From 72 ERP instances, Fletcher Building can see a future in single figures. 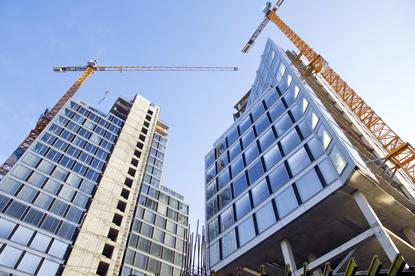 New Zealand’s largest building and construction company is laying the foundations for digital transformation through centralisation and standardisation.

You name it, Fletcher Building’s got it – and we’re not just talking building materials and products.

Under the hood, the New Zealand and Australia-listed conglomerate until recently ran 72 (or maybe 73) instances of ERP software encompassing all the big enterprise software brands and a bunch of smaller ones.

Since 2014, however, that has been changing as Fletchers backs up a centralisation of IT services with a drive to standardise core business software processes and reduce the number of ERP instances to single figures.

While the benefits of such integration are obvious in terms of functions such as supply chain management, financial reporting, inventory control and payroll, there is another end-game in sight: creating a transformed, web enabled, mobile enabled, digital business.

Fletcher Building CIO John Bell, a former Deloitte alumnus, points to the organisation’s heritage as a portfolio corporation comprised of up to 50 individual companies.

“Historically all IT has been really driven within those individual companies,” Bell said. “So they had their own HR payroll systems their own email systems, managed their own infrastructure, have their only ERP system and so on.

“Everyone had really done their own thing in accordance with what they believe was the business need of their particular business unit."

Over the last few years, particularly under former CEO Mark Adamson, a decision was made to drive a more centralised approach to functions, including technology, to increase consistency and to develop standards.

In that cause, Fletchers also had a choice to make: in-house versus outsourced.

“We've gone through a process that determined, actually, instead of saving money it was going to cost a lot more to outsource,” Bell said. “That was probably a bit of a testament to just how complex the world was.”

The decision made to transform internally, three major initiatives ensued.

First, there was the transformation of Group Technology and the underlying infrastructure it supports. That included the migration of 21 IT teams into a single global team. It also included moving to a single global network, a single group email system and deploying tools such as software asset management.

For the first time, Fletcher Building had a good sense of what the company was actually using across the group.

Second was a strategic initiative to rationalise platforms across all domains. In addition to email and networks, payroll was standardised and human resources is now run on SaaS-based Workday.

The third area was all about driving a digital agenda. An innovation lab has been responsible for taking business initiatives and building digital, customer-facing solutions.

"There have been some 26-odd specific applications that we've built that are really around helping Fletcher Building grow,” Bell added. “They have been all focused on producing EBIT."

A typical project is making engineering or design specifications available in a software application and then putting that tool into the hands of both staff in Fletcher business units and those of customers.

At the base of such efforts are the typical IT foundations built of databases and ERP systems. And having 72 ERP instances across the group was far from ideal.

Bell pointed out that 50 of the 72 instances belong to the PlaceMakers chain because there is an ERP instance in each branch.

The 72 instances are a legacy covering a who’s who of ERP players from the majors (Oracle. SAP and Infor) but also Ace, Great Plains (now Microsoft Dynamics), ASW, IBS and First among others.

“We have deliberately set out to rationalize and our ultimate picture is to standardize down on to the three major suppliers,” Bell said.

“So we will stay with Oracle, with JDE platform, which is probably our dominant footprint. We still have some business units likely to stay on the SAP R3 platform. And then we have a number of our business units in the international area that are using Infor.”

As part of the rationalisation of Group Technology, support around those ERP platforms is also centralised.

“So it's effectively one central support team still divided up into the various specialty areas like Oracle JDE and SAP but managed as a total team," he added.

Five projects are completed and three more are in progress but Fletcher Building still boasts 67 ERP instances - driven largely by PlaceMakers 50 instances of Ace software. But that is being dealt to.

“We are replacing the back-end as we speak with the JDE platform,” Bell said. “And then the intention is that JDE platform will be rolled out across those branches."

In Fletcher Building’s construction division, group financial controller Terry Patterson is in charge of a project called Lion Rock, covering not just replacing an end-of-life ERP system but payroll and time and attendance systems among others. The aim: a single, consistent Oracle JDE platform with Kronos managing time and attendance.

“We've just completed the first phase which was to put it into construction New Zealand and the South Pacific," he said. "We completed that in September on time and on budget with the programme, so we're pleased about that.”

Patterson said JDE is really the industry standard for construction in New Zealand with other users including Fulton Hogan and Downer.

Payroll at Construction is standardized on Chris 21 from Frontier Software. Such standardisation across the $2 billion division enables the development of a common set of business processes.

"So it doesn't matter where you go in Construction now, the system is configured the same, looks the same, operates the same," he said. "That's giving us a lot of efficiency and the ability to move our teams around because we have an increasingly mobile workforce.

"It's a lot easier for our people to work, to be able to get more real-time commercials, which is one of our goals. We can get plant, labour, and material costs from the projects every week which allows us to manage the programme. That's an important commercial goal of the executive."

The other benefit of the JDE rollout was to bring the company’s seven South Pacific operations into the corporate system. The last piece of Lion Rock is to extend that to Higgins, by next May.

While Patterson’s Lion Rock is being pushed through in Construction, the broader consolidation has a longer term time-frame of maybe five more years because it is driven by individual business cases.

"We respond to the business,” Bell said. "So you get business units that basically can no longer get value from their ERP platform. They drive through the business case to Capex request and approval and then we get involved to help implement it alongside the business."

Everything is moving to the digital world, he adds, but to do an effective online proposition you have to have web enabled back-end systems.

"You've got to be able to drill down and look at inventory levels or work in progress levels," he added.

"That’s the desired end state: a web and mobile enabled company with clean processors and a much higher levels of integration within and across business units.

Bell in particular, credits staff for taking up the challenge.

“I have a really good team," he said. "We've worked really hard on staff engagement. We've got very high levels, now sitting at 75 percent. That’s good for an IT environment.

“When people are bringing their best selves to work every day you start to move mountains."