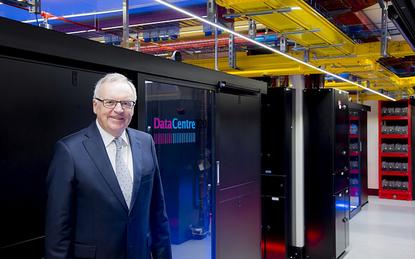 DataCentre220 has bolstered its highly connected data centre capabilities across New Zealand through the expansion of its Auckland facility, in response to increased customer demand.

After building the original facility on 220 Queen Street in Auckland, the business has finalised plans to design and construct a second floor location within the same building.

As the new second floor expansion fills with customers, the remaining area will be developed to make the entire floor a dedicated data centre with several existing customers moving in during July and August.

Since launching locally eight years ago, DataCentre220 has developed into one of the most connected data centre providers across the country.

Currently, the worldwide peeringdb.com website records DataCentre220 as containing 41 networks, with New Zealand’s four next most connected centres housing between 10 and 27 networks.

With a range of local and international customers, key clients include Netflix, PIPE Networks, MegaPort, NZIX, Cloudflare and Superloop.

“A very important reason for our attractiveness to clients is that unlike most data centres, we do not make a recurring charge for cross connects,” DataCentre220 managing director Dr Martin Spencer said.

“Most of DataCentre220’s competitors charge a monthly fee for cross connects, or otherwise ‘clip the ticket’ on bandwidth used, and this revenue can be a significant proportion of their total income, often 15 to 20 per cent.

“We couldn’t bring ourselves to charge a monthly fee for something the client has already paid for, so we charge only the labour and parts cost to make the initial connection – around $150 – and that is it.”

According to Dr Spencer, the second-floor area has been designed and cabled so new customers can move in, plug in PDUs and be up and running immediately - the only labour involved is the running of the fibre optic cable from the customer to the bandwidth supplier.

With the ability to clone the expansion model on other floors as the business grows further, Dr Spencer said the business opted to expand at the current location because of the “exceptional connectivity” available to customers.

Also known as The Data Centre, the site has frontages on Victoria and Lorne Streets as well as Queen Street, with each street containing a “multitude of valuable fibre optic cabling”, according to Dr Spencer.