Benefits of AWS journey demonstrated to the business through the launch of a Quick Quote application. 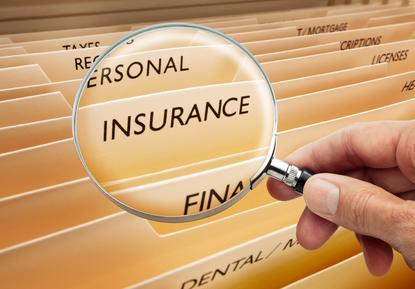 On the front page of insurer Sovereign’s website sits a panel inviting customers to ask for a quick, automated quote.

In 2017, so far so unremarkable. But behind that simple service lies a world of change and complexity and a remarkable ten-week journey from a proprietary data centre to an Amazon Web Services-based hybrid cloud that can power new innovations, integrations and automations for the company and its customers.

In ten weeks starting in mid-October last year, Sovereign and its development partner, Auckland-based Open Systems Specialists (OSS), not only delivered that application, but a bank-grade enterprise data centre on AWS complete with integrations courtesy of Oracle’s integration suite.

All of these changes are in the cause of digital transformation, explains Raffaella del Prete, head of architecture and delivery at Sovereign.

So what does it mean to be digital? For Sovereign, del Prete said, it’s about being integrated and automated, and providing customer-centric, data-led experiences.

“As part of the digital transformation of Sovereign we had to invest in key enablers,” she said. “We defined a target architecture and broke it down on the roadmap. The key enablers were an Amazon data centre and the integration suite.”

That’s a story that speaks volumes to techies, but means little to the business, most of management and the board. Del Prete knew her team had to deliver something more, something that demonstrated the business value of the "significant" investment.

“In order to give the visibility of those enablers, we added a business outcome – which was the Quick Quote mobile app,” she added.

For that seemingly simple application to work across products and platforms, a pricing engine and integrations into ASB’s private datacentre - Sovereign and ASB are both owned by Australian bank CBA - also had to be built, all in constant contact with risk and security teams across the wider group.

“We were really stepping up," she added. "Most of the time when a company moves to Amazon they do it step by step. We had to create enterprise-grade data centre. That was the challenge and ensuring CBA was part of the journey."

Quick Quote, then, was the tip of a very large project iceberg.

At base was the AWS data centre, next was Oracle’s integration suite inside Amazon including an enterprise bus, API gateway manager, enterprise monitor, traffic director and business rules engine. On top of that again was the configurable pricing engine.

Finally on top of that was Quick Quote and its related APIs to ensure consistency across mobile, website and distribution channels such as advisers.

Del Prete said the APIs are designed to be open, but Sovereign is still working on them with partners. All going well, they may become public to external developers in the future.

All of those changes amount to a major architectural transformation to a hybrid cloud that gives Sovereign speed, flexibility and choice. It's a journey other Kiwi organisations, such as Hamilton City Council, are also taking.

The choices available are broad: automation, omni-channel business, being data-led, deploying machine learning and even artificial intelligence – all at scale.

“The cloud data centre is an advantage for whatever we do in the future,” del Prete added.

Mike Clancy, client executive at OSS, said his team were given the freedom to lead the automation side and the AWS build side.

"We cut code very quickly and tested it,” he added. “When it kicked off, it certainly was a challenge with the timeframes we were given and the breadth of the requirements.”

Parallel to that, the team also had to work with ASB to get networking issues sorted.

“Ten weeks is challenging just to do one of those three or four things,” del Prete added, giving kudos to OSS for its DevOps expertise and continuous integration.

“When you work well with the partner and when you have clarity around what you want to achieve and when you try for best results, you can make things happen at high quality on short timelines.”

Nine months after the initial launch of Quick Quote, the team is exploring new services.

“We’re developing a new digital platform that will make it easier for advisers to engage with Sovereign, including better visibility of the sales pipeline,” del Prete added.