Any i-device can now be used as a stock scanner for retail inventory control. 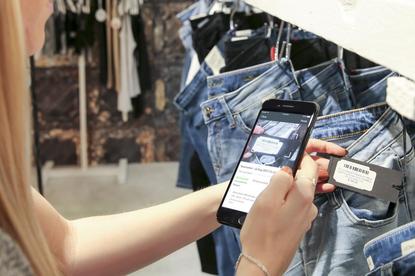 A retailer uses Scanner by Vend to count stock

Dubbed "Scanner by Vend", the app is designed as a replacement for pen and paper-based inventory control or expensive scanning hardware by allowing a retailer to count stock from their iPhone, iPad, or iPod Touch by scanning barcodes.

After scanning stock barcodes or universal product codes (UPCs) using the device's camera, the data can then import into their point-of-sale system (POS) or inventory system.

The app, which can be downloaded from Apple's app store, can either be integrated with the user’s Vend account or used with any other point-of-sale system. Since its test launch last year, the app has had over 40,000 downloads with an average 15,000 items being scanned per day.

“Stock-takes can consume countless hours and most are still done using pen and paper or with expensive hardware," said Jordan Lewis, director of inventory at Vend.

"With Scanner by Vend, we wanted to create something really easy to use and accessible for all retailers that would make a big difference to their business.”

Scanner works with Vend to sync counts, product details and inventory levels - removing the need for spreadsheets or manual entry. It also lets multiple employees count at the same time, and see counts update in Vend in real time.

Chrissy Conyngham, owner of retail chain Flo & Frankie, says her team can do partial inventory counts throughout the day using the app when the store is quiet, rather than having to stay late after hours.

Vend claims over 20,000 retailers currently use its POS application.

The company has raised $63 million in funding from a range of high profile investors including Peter Thiel, co-founder of PayPal and a partner in Valar Ventures, TradeMr founder Sam Morgan, Seek co-founder Paul Bassat, Christoph Janz of Point Nine Capital and Craig Winkler, co-founder of MYOB and now a cornerstone investor in Xero.