Election looming, the Government triples down on UFB rollout 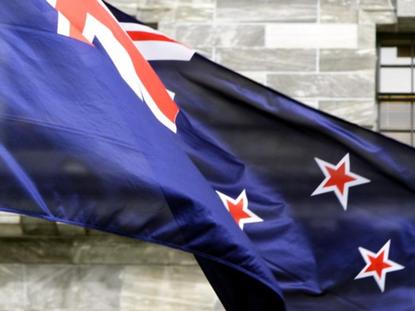 "UFB3" will extend fibre and wireless broadband well into the regions..

The Government is promising to invest $270 million to roll out Ultrafast Broadband to 190 more small towns and another 74,000 rural households and businesses.

The investment is made up of $130 million to extend UFB to another 60,000 households and businesses in 190 new towns and to complete the network by 2022, two years ahead of schedule.

A further $140 million will extend rural coverage of high speed broadband under the Rural Broadband Initiative (RBI) to another 74,000 rural households and businesses, and to deliver mobile coverage on 1000 kilometres of rural highways and more than 100 tourist areas through the Mobile Black Spot Fund (MBSF).

"By the end of 2022, our UFB programme will provide more than four million New Zealanders with access to world-class internet,” he said.

The original goal of the UFB programme in 2010 was to connect 34 towns to world-class fibre-to-the-premises. Earlier this year it was expanded to 200 more towns. Today’s announcement brings that to 390.

Network operator Chorus, which reported its 2017 results on Monday, said it had reached an agreement with Crown Fibre Holdings (CFH) to extend its UFB rollout to about 60,000 more customers beyond the approximately 1.3 million customers in Chorus’ existing planned UFB1 and 2 rollout areas.

Chorus CEO Kate McKenzie said the agreement will ensure a future-proofed network solution for another 200 towns and rural communities.

“Fibre uptake across our existing UFB areas is at 35 per cent, while first time orders from addresses in our FY14-FY16 rollout areas are already about 45 per cent to 50 per cent," she said..

“People clearly recognise the bandwidth and performance benefits of fibre and we’re pleased that New Zealand’s fibre footprint will now extend to close to 90% of the population.”

Chorus will receive further Crown funding including $7 million to accelerate its build and $2,000 per premises passed, or up to $109 million in CFH equity securities, for the additional 54,500 premises.

This equates to approximately 75% of the expected communal rollout cost of $135 to $155 million.

“We want to ensure that some of our biggest sectors that operate in rural New Zealand – such as agriculture and tourism – can benefit from the productivity improvements that better connectivity offers,” Bridges said.

The $270 million programme will be funded by $240 million of recycled capital from earlier stages of the UFB programme and $30 million from the Telecommunications Development Levy.

Detailed maps of the extended rollout are available here.