Technology a sweet spot for energy and comms networker Vector

Vector's technology division has outperformed ahead of a push into Australia's smart meter marketplace. 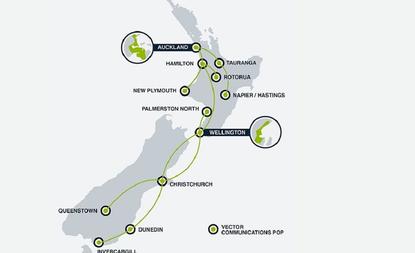 Auckland-based energy network company Vector's technology division shone in its annual results today with revenue up 18.8 per cent and EBITDA climbing 7.9 per cent.

Overall, the company saw revenue rise by 7.2 per cent and adjusted EBITDA by just 0.3 per cent.

Vector said it is reaching the end of its smart meter roll-out in New Zealand, and will target a reduced deployment of up to 100,000 meters in 2018. After that, the focus locally will shift to managing the meter fleet and installing new and replacement meters.

Australia, where Power of Choice reforms take effect from 1 December 2017, is the new frontier for the metering business. At that point metering will become competitive across New South Wales, Queensland and South Australia.

"Vector is currently involved in competitive procurement processes with major Australian retailers with a view to securing contracts for deployment from 1 December 2017," the company told shareholders today.

Vector said its communications business delivered an improved result, but released no numbers around that. Vector Communications offers a range of high-end connectivity, voice and network services.

The technology division also includes Vector’s new energy solutions business, which won a multimillion-dollar contract to supply the Northern Territory with a 5MW grid-tied battery storage solution. Vector will design, engineer, construct and instal the system and will also be responsible for ongoing maintenance.

The company also worked with Dominion Salt to integrate a Tesla Powerpack with its 660 kW wind turbine at Lake Grassmere to deliver around 75 per cent of the site’s energy.

Vector reported adjusted EBITDA of $474.4 million, at the top end of market guidance and will pay a dividend of 16 cents a share. Vector's share price fell by nearly 1 per cent by midday after the morning announcement.

In May, Vector secured exclusive Australasian rights to "Internet of Energy" (IoE) technology from Israel-based mPrest.

The software enables integration and development of new energy solutions for customers and the management of multiple technologies on the company’s networks, Vector said.