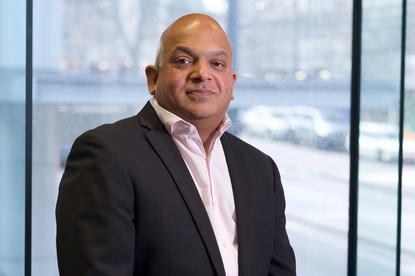 Sivalingam will be based in Melbourne and will have the responsibility to develop Zscaler channel. He will also be in charge of growing successful relationships between Zscaler and its ecosystem of global and local managed service providers, tier-1 systems integrators, and the channel community.

With almost 20 years of experience in the IT industry, Sivalingam has worked for companies such as NEC and ShoreTel.

He was most recently the national business development manager & strategic partner manager at Enghouse Interactive where he was responsible for all direct and channel sales revenue and sales activities in the region.

Sivalingam started out at NEC Australia in 1998 as a technical and training officer. During his 12 years with the company he was promoted several times to become the national operations manager for strategic business partners.

In 2011 he joined technology consultancy firm, CommUnifi, as the director of consultancy practice. He then joined ShoreTel in 2013 as regional sales manager & partner business manager. During his two years at ShoreTel, Sivalingam delivered programs that enabled the company’s B2B channel to achieve profit and revenue targets.

“Dilshan brings the proven ability to build and lead a highly successful channel program and we look forward to the addition of his expertise,” Zscaler ANZ country manager, Sean Kopelke, said.

“His proficiency in partner-led sales, coupled with driving successful go-to-market strategies within the channel community will be an invaluable asset to Zscaler as we continue to expand the role of our channel program in supporting our company’s growth trajectory.”

Zscaler has offices in Sydney and Melbourne that supports more than 120 channel partners.