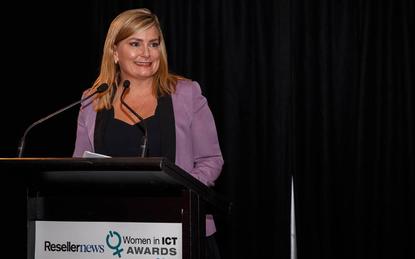 Vanessa Sorenson has unveiled plans to exit Spark New Zealand, with the enterprise specialist set to join Microsoft in the coming months.

In exiting as general manager, Sorenson leaves behind an enterprise sales team servicing more than 60 customers at the large end of the market.

During her tenure, Sorenson was responsible for deploying a range of ICT services, including outsourcing, cloud, mobility and security across the country.

“After 24 amazing years with Spark it's time for a change,” stated Sorenson, via social media. “I'm excited to be moving to Microsoft… thanks for all the support, friendships and partnerships.

“I love Spark, the people, products and the proud NZ Inc company and leaving on a high means that one day I just might come back.”

According to Sorenson, the new role at the tech giant involves leading the enterprise team in New Zealand, working with the country’s biggest spenders of technology in the process.

At this stage, it is unclear as to whether Spark will replace Sorenson internally or externally.

After starting out with Wang in 1994, Sorenson progressed through the subsequent switch to Gen-i, before taking up director roles across the Spark Digital business.

The news comes less than two months after Sorenson took home the Entrepreneur Award at the 2017 Reseller News Women in ICT Awards, in recognition of her role as a change agent within Spark.

As revealed during the celebration lunch, one of Sorenson’s biggest coups during her career was the retrieval of a $12M account, won back not through a competitive RFP, rather a first of its kind commercial partnership.

Reseller News has reached out to both Microsoft and Spark for comment.