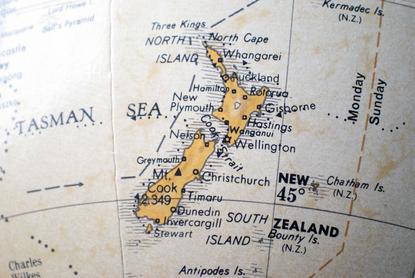 The report (pdf), which focuses on firms developing and exporting information technology services and software, was launched in Wellington yesterday alongside "ProjectR", an initiative focusing on virtual, augmented and mixed reality research and development.

This is now about the same number of large firms as in the machinery and manufacturing sector.

Average salaries and wages of close to $100,000 in computer system design firms are twice the New Zealand average.

“The IT services sector makes a significant contribution to our economy. In 2016, more than 11,000 IT firms, employed 29,700 people and contributed $3.6 billion dollars to New Zealand’s GDP," Bridges said.

Firms in the sector  invested $436 million in R&D in the last year, more than any other sector in the economy. Exports were close to a $1 billion.

There are also more firms in the sector - both large and in start-up phase - and more local and international investors.

A challenge is to further develop training and career pathways to meet the demands of the sector, Bridges said.

Job vacancies in computer system design firms are high and harder to fill than in any other sector in the economy, the report found. Applicants with professional, technical and computer skills were cited by employers as the hardest to recruit.

Of all bachelors students enrolled in New Zealand, only eight per cent are studying information technology as their main subject.

The number of graduates in computer science and information systems programs at tertiary level has, however, grown by eight per cent year-on-year since 2008.