“Robust growth” ahead as cloud and SaaS services revenue rises

Cloud and hyper-scale growth presents both opportunity and major challenges 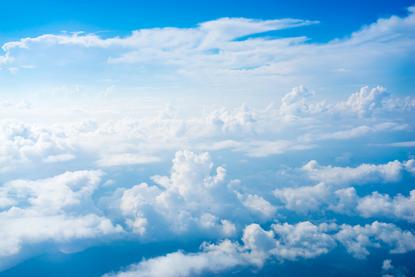 Worldwide revenues from cloud and software-as-a-service (SaaS) services are forecast to grow as much as 29 per cent during the next five years, passing the US$200 billion milestone by 2020.

According to Synergy Research Group findings, such growth will trigger an 11 per cent rise in sales of infrastructure to hyper-scale cloud providers.

Meanwhile, revenues from the sale of hardware and software to enterprise data centres will continue to slowly decline, reflecting the ongoing shift in workloads from privately owned infrastructure to the public cloud.

“As cloud markets reach a massive scale, growth rates will inevitably tail off, but our latest forecasts are still showing that over the next five years we will still see some really robust growth,” Synergy Research Group chief analyst John Dinsdale said.

“Hyper-scale operators are diminishing the growth opportunity for traditional non-hyper-scale service providers and are also seriously challenging the technology vendor community to rethink its position in the new world.”

According to findings, the 24 hyper-scale companies operating within the market now have a global footprint comprising over 360 large data centres.

“As this figure continues to grow by almost 20 per cent per year, the hyper-scale companies are increasingly dominating the cloud market,” Dinsdale added.

“They will soon account for over 80 per cent of all cloud and SaaS service revenues and almost 40 per cent of spend on all public and private data centre equipment.”

Delving deeper, Dinsdale said strong growth will continue to be seen across all of the major cloud service segments, with some of the highest growth being seen in database and Internet of Things-oriented IaaS/PaaS services, alongside enterprise resource planning (ERP) within enterprise SaaS.

Within this market, Asia Pacific (APAC) will be the highest growth region, followed by Europe, the Middle East and Africa (EMEA) and North America.