Michael Costigan steps in as interim GM for A/NZ 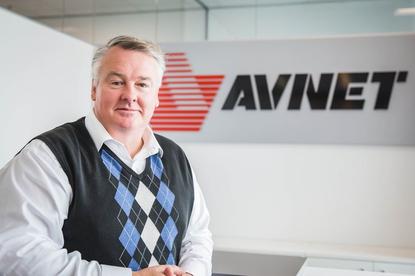 Tech Data’s Technology Solutions business vice president and general manager for Australia and New Zealand (A/NZ), Darren Adams, is leaving the business, which was formerly a division of Avnet.

Michael Costigan, vice president, marketing, education and supplier management, Asia Pacific, will serve as interim general manager of the A/NZ business while the company conducts a search for a permanent replacement.

“Darren has achieved a great deal during his time with Technology Solutions,” Tech Data Asia Pacific president, William Chu, said. “We sincerely thank him for his dedication to the business and wish him every success in his next endeavour.

“The Australia and New Zealand business is of great importance to Tech Data both from a regional and global perspective.

"Whilst in the role of interim leader, Michael Costigan will be focused on a smooth transition and be involved in strategic activities to support and drive growth for our partners and suppliers," he said.

News of the departure comes roughly 15 years after Adams began his tenure at Avnet Technology Solutions, which was acquired for US$2.6 billion by Tech Data early this year.

Adams started his journey with Avnet in 2002, as business innovation director for Asia. He took up the role he is now set to leave in 2013, after three years as the Cisco Solutions vice president and general manger within Avnet's local operation.

Adams' decision to leave the company comes as Technology Solutions Australia eyes the potential “reallocation” of existing resources to regions outside of Australia.

It emerged in early June that certain high-ranking members of the distributor's local operation had departed as a result of these changes.

“To meet the changing needs of our business, Technology Solutions must regularly review, adapt and transform our model, programs and offerings,” the company told ARN at the time.

“Whilst we continue to invest in targeted areas of growth, some of this investment may be supported by the reallocation of existing resources to other geographies in the region,” it said.

Sources indicated at the time that rumoured redundancies from the company's local operation were primarily driven by the company’s move to operate certain divisions out of regional global offices, a number of which fall outside Australia.

While Technology Solutions Australia stopped short of confirming the local redundancies, it conceded that some local roles had been, or were in the process of being, shifted to other regions.

“In line with this approach we have decided to relocate a select few functional roles from the Technology Solutions Australia business to other areas of the business,” the company told ARN.

The US-headquartered Tech Data completed its acquisition of the Technology Solutions business from Avnet in late February, with the US$2.6 billion deal effectively rubber stamping the distributor’s move into Australia and New Zealand.