The forecast for sales of ICT technologies and services in New Zealand is relatively rosy. 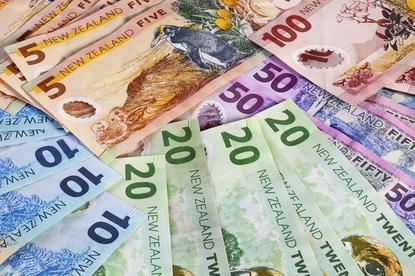 International analyst firm Gartner is forecasting ICT spending in New Zealand to reach almost $11.8 billion in 2017, up 2.7 per cent from last year and ahead of the global average.

Growth will continue in 2018, the firm said, to crack $12 billion. However, ICT sales growth in Australia, at 3.7 per cent in 2017, is projected to eclipse that seen in New Zealand.

Gartner said worldwide ICT spending is projected to total US$3.5 trillion in 2017, a 2.4 per cent increase from 2016. That forecast is up from the company's previous quarterly forecast of 1.4 per cent due to a decline in the US dollar against many other currencies.

New Zealand software sales are forecast to grow by nine per cent, ahead of the global average but still shaded by Australia's forecast of 12 per cent.

New Zealand spending on devices (PCs, tablets, ultramobiles and mobile phones) is projected to grow at 4.5 per cent ahead of both worldwide growth of 3.8 per cent and Australia's 4.1 per cent.

Gartner said mobile phone growth will be driven by increased average selling prices for premium phones in mature markets and the increased mix of basic phones over utility phones.

However, the tablet market continues to decline, as replacement cycles remain extended.

Gartner forecast local sales to grow across all categories of ICT: devices, data centre systems, software, IT services and communications services in 2017 and 2018.

John-David Lovelock, vice president and distinguished analyst at Gartner, said the focus was on how technology is disrupting and enabling business.

"Digital business is having a profound effect on the way business is done and how it is supported," he said.

These next-generation offerings are fueled by business and technology platforms that will be the driver for new categories of spending.

Industry-specific disruptive technologies include the Internet of Things (IoT) in manufacturing, blockchain, and smart machines in retail.