Why Google wants to kill your phone

Every smartphone is both a phone and a computer. Google is working to get rid of the phone part. 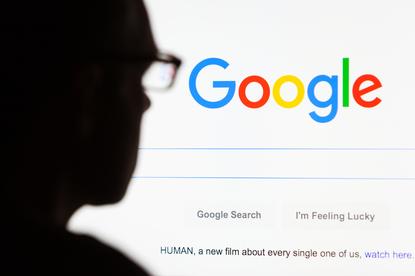 The company wouldn't admit this. And they don't want me to say it. They still have to make nice with mobile phone carriers who support and sell Android phones.

In getting rid of the phone as we know it, Google is both on the right side of history and also on your company's side. The post-phone world is a world with higher-quality voice communication, better security and telephony services that work better than today's communication apps.

Everybody's talking about the 10th anniversary of the iPhone, which first shipped on June 29, 2007. That's as good a place as any to dissect the smartphone and what it really is.

When the late Apple CEO and founder, Steve Jobs, introduced the iPhone on stage, he said it was really three revolutionary products: iPod, mobile phone and internet communications device.

Jobs' weird description of the iPhone is comprehensible only if you recall that at the time Apple had never mentioned the coming App Store. (Jobs also made other less-than-accurate claims, such as that iPhone ran on OS X.)

Now we see smartphones clearly. Jobs' "iPod" and "internet communicator" are just apps. Currently there are thousands of apps on the Apple App Store that play music and enable communications over the internet. Overall, there are more than 2.2 million apps on the app store that do all kinds of things.

A smartphone isn't three things, it's two things: a "phone" and a "computer." The "phone" part uses mobile carriers' voice networks to handle calls and text messages. The "computer" part has an operating system, apps and the ability to connect to the internet via either a mobile broadband data network or via Wi-Fi.

The supremacy of the "computer" part of the phone over the "phone" part is most easily seen in the world of messaging apps, which are in most respects vastly better than text messaging. And, in any event, SMS and MMS messages now travel easily over Wi-Fi and don't need the voice network anymore.

The sole remaining justification for the continued existence of the "phone" part of a smartphone is that the voice network is generally more reliable and higher quality than internet-based phone options.

But it's only a matter of time before Internet-based calls are better than voice network calls. Google is trying to accelerate this process.

Project Fi is Google's gateway drug to the post-phone world

Google this week announced G Suite compatibility with Project Fi. (To sign up, your G Suite administrator needs to enable Project Fi in the C-Panel.)

While great for small businesses or small departments, the feature isn't ready for enterprises -- yet. The plan is limited to six users. But it does indicate likely future enterprise-scale support for Fi on G Suite. More on that below.

Project Fi, if you recall, is Google's mobile virtual network operator (MVNO), which uses the T-Mobile, Sprint and US Cellular networks. (It's not clear how a possible Sprint, T-Mobile merger might affect Fi users.)

Google Fi represents a revolutionary idea: phones that automatically switch both voice calls and data connections between different carriers, and between voice networks and VoIP over WiFi. It does this using a purpose-built antenna structure and custom SIM card, plus special software.

That special hardware is why you can fully use Google Fi only on Nexus 6, Nexus 5X, Nexus 6P, Pixel and Pixel XL phones, although that lineup is about to change.

Google's Project Fi Twitter account this week promised a "new Fi-compatible device at a mid-tier price from one of our partners later this year." Google no longer sells the Nexus 6, and intends to phase out support for the Nexus 6P and 5X next year.

When Google Fi launched two years ago, it gained a reputation for offering clear, flexible, low pricing ($10 per GB) and easy, inexpensive international roaming (via T-Mobile). Fi enabled users to "pause" and "resume" both service and payment. Users like the power and flexibility of its multiple carriers and seamless Wi-Fi support. As a bonus, Wi-Fi calls are automatically routed through a secure Virtual Private Network (VPN).

Since that time, however, the world has changed. Nowadays all carriers offer unlimited and lower-cost plans, so consumers are souring on Project Fi.

Google's launch of Project Fi raised the obvious question: Why would Google want to be a carrier? After all, Google is all about the internet, not the phone system.

The answer is clear: Google's mission is to transition communication to a post-phone world.

Google offers a data-only Project Fi SIM card for free, as long as you're a Fi customer. That means you can order more SIM cards (up to nine free cards), and put them into your laptop, iPad, iPhone or any device, and use it just for data, with the cost charged against the main account.

These devices are by definition in the post-phone world, because with the free data from the Fi SIM, they can only make calls and send texts over the Internet; there's no access to the cellular phone system.

The free extra SIM project enables Google to see how customers use phones and tablets without access to a mobile voice network.

The second part is to midwife the birth of the post-phone world, starting with Voice over Long-Term Evolution (VoLTE).

Everything about telephony is complicated. Project Fi enables Google to try and test and experiment, easing Fi users gently and slowly through the touch-and-go transition to a world that doesn't use the mobile voice networks.

The biggest event in the post-phone transition is VoLTE.

VoLTE is a gateway drug to the post-phone world

In January, some Project Fi users noticed that their calls were being handled by VoLTE. So in February, Google quietly announced that it had started to test VoLTE "with a subset of Project Fi users."

VoLTE is a highly optimized and much better performing approach than regular VoIP over LTE. And, for that matter, it offers better quality calls than today's voice network calls.

Another huge benefit is that VoLTE enables video streaming, file transfer and other features directly from a phone's native dialer. VoLTE is also the solution to the current divide among US carriers between CDMA and GSM networks.

Let's be clear about what VoLTE on Fi represents. Right now, VoIP over Wi-Fi is the alternative to using the wireless voice phone networks. VoLTE is becoming another alternative, using the carriers' data networks instead of phone networks. (Note: Google is not charging users for data used via VoLTE.)

With Project Fi, Google can tweak and experiment to figure out the best way to gradually get more users making and taking calls via Wi-Fi and VoLTE, and fewer via the wireless voice networks.

Interestingly, the whole Google Fi handoff scheme works much better with VoLTE than with the voice network. The reason is that while Fi can hand-off a call from WiFi to cellular, it can't hand it back from cellular to WiFi. So if you're on a call and enter a building with strong WiFi but weak cellular, the call will drop.

However, with data, the hand-off works in both directions. And since VoLTE is on the data network, you can go from WiFi to mobile broadband and back again without dropping the call.

The Future of Fi is IP telephony for enterprises

Within two years, I believe Project Fi will be available to companies of all sizes, including enterprises, as a core part of G Suite.

It will give customers bleeding edge telephony, including high-quality VoLTE calls provisioned by multiple carriers; WiFi-based calls â and the ability to seamlessly switch back-and-forth between them; and RCS, unlimited data plans, global roaming and more.

Eventually, Project Fi phones will lack only one thing -- the ability to connect to a mobile voice network.

Smartphones won't be "phones" and "computers." They will only be "computers." And all communication between them will travel over the internet.

The implications are vast -- improved quality, security and programmability for all business communication.

Yes, Google is out to kill the phone -- and replace it with something much better.

This article originally appeared on Computerworld.com.