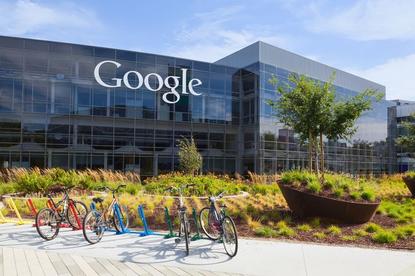 Google has launched its cloud platform in Australia, with Sydney becoming part of the nine regions, 27 zones and 100 points of presence comprising the global Google Cloud Platform footprint.

The company revealed on 21 June that its Sydney cloud region is now live, giving partners and end customers in Australia and New Zealand access to a range of locally-sourced Google Cloud Platform (GCP) services.

“The GCP customers down under will see significant reductions in latency when they run their applications out of the Sydney region,” Google Cloud Asia Pacific and Japan managing director, Richard Harshman told ARN.

“Our performance testing shows 80-95 per cent reductions in round-trip time latency when service customers from New Zealand and Australian cities, such as Sydney, Auckland, Wellington, Melbourne, Brisbane, Perth and Adelaide, compared to using the regions in Singapore and Taiwan,” he said.

While Harshman stopped short of naming the local infrastructure providers Google is partnering up with to launch its local presence, he said that the Sydney GCP region is launching with three zones and several Google Cloud Platform services.

Meanwhile, Google App Engine and google cloud Datastore will be made available shortly after the Sydney region launch, according to Harshman.

The Australian expansion of the Google Cloud Platform comes hot on the heels of the company’s Singapore cloud launch on 15 June and, according to Harshman, was prompted by increasing demand for locally-sourced services and data storage by partners in Australia and New Zealand.

Of particular note is the ability for local partners to now offer end clients the ability to store their data within Australia – a factor that likely held back a number of potential enterprise and government end customers from adopting Google’s cloud services.

“Outside of the performance and latency benefits that customers and partners are going to be able to receive, one other thing is now having the ability to store data locally if partners and customers so choose,” Harshman said.

“That’s a really important point. Many large organisations have the requirement to be able to store data locally, and partners bring that up a lot as well,” he said.

At the same time, the local launch comes as Google works to build its cloud credentials at the enterprise end of the market.

In a bid to gain a voice along the corporation corridors of power, the tech giant revealed a host of multinational wins at its Google Cloud Next ’17 conference in San Francisco in March, alongside an applications partnership with SAP.

Certainly, the Australian launch gives local partners and businesses a very real alternative to the likes of Microsoft Azure and Amazon Web Services (AWS) – the latter of which, incidentally, Harshman previously worked for as head of the Association of Southeast Asian Nations (ASEAN) region.

On this front, the company already has a compelling ecosystem of integration partners, such as Shine Solutions, Servian, 3WKS, Axalon, Onigroup PricewaterhouseCoopers (PwC), Deloitte, Glintech, Fronde and Megaport.

“It not only provides a reliable and resilient platform that can support our firm's core technology needs, it also makes available to us GCP's unique and market leading technologies and capabilities to support the unprecedented demand of our diverse and evolving business,” she said.

Further, Harshman indicated that the company is likely to ramp up its local partner ecosystem following the local launch as end customers in Australia and New Zealand move to adopt Google cloud services.

“We’re continuing to invest heavily in our own people and also investing heavily in the recruitment of additional partners to be able to meet that growing demand,” Harshman said.

“So, you’re going to see a lot more market awareness and a greater adoption in general, not just from customers but also with partners.”

Already, the company has appointed former AWS Asia Pacific head of training and certification, Ash Willis, as its new head of cloud partners and alliances for Asia Pacific and Japan. According to Harshman, more local channel-facing appointments could follow.

“We have an existing team of channel managers, and we’re going to continue to build that team to help service customers and partners locally as well,” he said.