Can Huawei change the PC game?

Tech giant aims to be market leader in five years 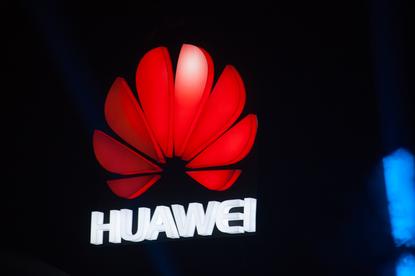 Huawei has continued its tradition of bold claims by stating it will be a market leader in the PC space by 2022.

This follows the company’s challenger to the premium tablet market, the original MateBook, which it debuted at Mobile World Congress (MWC) in 2016.

The vendor is well-known for making brash statements about its products and business growth potential, claiming to have outsold Apple in the last quarter of 2016 - a claim which if true would make the vendor the second largest handset manufacturer globally.

In assessing Huawei’s chances in the troublesome PC market, analyst firm, Technology Business Research, said the vendor has been monitoring the market for years and now believes the time is right for a strong push across the industry.

IT added that there are a number of factors which give the vendor a strong chance of making a considerable dent in the market share of leaders HP, Lenovo and Dell.

Huawei has nearly $19 billion in cash on hand, according to its 2016 annual report, which will no doubt allow the vendor to pump marketing and sales dollars into its PC push.

The vendor also now enjoys a huge global install base with almost 140 million smartphones and over 670,000 x86 servers shipped in 2016, serving up a massive number of potential PC customers, especially across Asia Pacific (APAC) and Europe, the Middle East and Africa (EMEA) regions.

However, this install base may not necessarily impact the vendor in the US where the company has been hit with claims of espionage. Documents released by Edward Snowden in 2014 showed the NSA hacked into Huawei's servers in hopes of gaining info on government plans and of exploiting the company's products to spy on other foreign rivals.

However, Huawei operates and manages more than 40,000 retail outlets across 170 countries which gives it a point of presence in many markets, which will limit the vendor’s reliance on retail partners in certain countries, particularly in APAC and EMEA.

In addition, its large operator and service provider customer bases create sales channels for devices, according to TBR.

However, getting key channel partners in different markets to take on the vendor’s devices may be easier said than done due to the traditionally deep relationships which develop between device partners and vendors.

And the final piece of the PC puzzle for Huawei comes from the company’s research division. In 2016, approximately 80,000 employees, or about 45 per cent of the vendor’s total were engaged in research and development (R&D).

This is coupled with the fact that each year Huawei typically invests 10 per cent or more of its overall annual revenue in R&D, providing a big boost in developing new technologies and features.

However, the more the company diversifies its product offering, the more spread its R&D will become and the vendor will need to maintain, or perhaps even increase, the level of R&D to achieve its ambitious goals.

"Success in the smartphone market — the number of smartphones shipped by the company in calendar 2016 was up almost 30 per cent year-to-year, to 140 million, trailing only Samsung and Apple — has transformed Huawei into a consumer device powerhouse, and Huawei is fixated on extending its consumer brand into adjacent markets,” Narcotta added.

“Huawei has likely been waiting for an opportunity in the PC market to present itself, whether through shifts in consumer PC market pricing and form-factor trends, partnerships and alliances with OEMs, or vendors exiting the market.”

The premium PC market may be an attractive option for Huawei given its recent uptick. Research analyst firm Gartner 2016 would be the last year of decline for the struggling market, before returning to growth in 2017.

“The biggest challenge, and potential benefit for the PC market, is the integration of Windows 10 with Intel's Skylake architecture,” Gartner research analyst Ranjit Atwal added.

TBR said recent recovery in the PC segment globally from late calendar 2016 into mid-2017 and the segment’s improved long-term prognosis were the likely catalysts for Huawei’s all-in push into PCs.

Further the firm said Huawei’s PC business strategy will mirror the multi-stage approach the vendor employed in its smartphone business: explore, land and then expand.

The company seeks to expand its ecosystem of devices sold to its massive global consumer addressable market and mine new (to Huawei) device markets for revenue and profits, TBR said.

In its 2016 annual report, the company reported its consumer revenue grew more than 35 per cent year-to-year to US$27 billion, or 34.5 per cent of its total revenue in 2016. TBR said expanding into the PC market will help sustain this momentum.

This will mirror the company's smartphone business, according to TBR and Huawei’s scale will allow it to endure less profit per device sold and tolerate operating this new line of business at a loss for an extended period.

TBR’s prediction is that once the business achieves five per cent market share globally, Huawei will begin to instill greater price discipline in its PC business and seek to balance market share growth with its profit and margin objectives for the PC business.

Additionally it said that as market share grows, likely rapidly due to Huawei’s brand strength in China’s consumer market, the company will leverage its brand strength and device-selling strategies to dictate average selling price (ASP) and customer trends, as it has with APAC’s smartphone market.

The analysts firm added that these three companies have, to varying degrees, articulated plans to raise PC ASPs to stabilise margins.

"Huawei’s entry into the PC market disrupts and undermines those plans, loosens the grip of these vendors on the global PC market, and blocks these vendors from capitalising on opportunities in China’s and APAC’s PC market," Narcotta added.

"A new competitor in the premium PC space will stall some of the market momentum enjoyed by Dell Technologies, HP, Asus and Apple, and rob these vendors of revenue and profit."

Narcotta said Huawei occupying five per cent of the global PC market would represent a shift of nearly US$5 billion in revenue to a new vendor, and as the vendor's market share grows over the next five years, the revenue drain will intensify.

A likely near-term outcome of this revenue shift, according to TBR, is that smaller OEMs, such as Acer, Fujitsu and Toshiba, will be forced out of the PC business.

According to Narcotta, Acer does not possess the financial means or manufacturing scale to combat another larger, stronger competitor in the premium PC space.

Meanwhile, Fujitsu, already in talks to form a PC joint venture with Lenovo, will shifts its focus to its cloud, data centre and services businesses, and Toshiba will elect to finally exit the PC market in which it has languished over the last two years.

Will the gamers come to play?

In the longer term, as Huawei’s PC business gains scale in China, Dell Technologies, HP, Lenovo and Apple will encounter much stronger competition in APAC, Narcotta said, with Lenovo the most affected, as the bulk of its PC revenue is generated by China.

As with its smartphone business, Huawei has proved the U.S. is not a requirement for success. Head-to-head competition in the U.S. will not be common for most vendors, but TBR said it does amplify the degree to which Dell Technologies, HP, Lenovo and Apple will rely on the U.S. for PC revenue, as addressable markets outside the U.S. for these vendors, especially in APAC, shrink.