Voice of the customer to the channel: “I don’t really trust any of you here”

Ballance Agri-Nutrients’ executive Tim Lloyd has laid down a challenge for the IT channel. 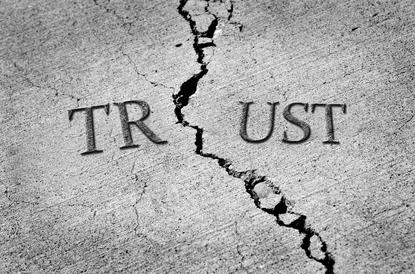 “I’m a bit different in that I don’t really trust any of you here.”

That was the message Ballance Agri-Nutrients operations and commercial manager Tim Lloyd had for assembled resellers at Exclusive Networks’ Exclusively New Zealand event in Auckland.

Lloyd is a happy customer, reaping the benefits of hyper-converged data centre infrastructure from Nutanix to modernise his data centre and save both time and money.

But his message to the assembled channel partners was blunt: “Resellers, if they want to up their game, need to come with more solutions rather than push products,” he said. “The market is changing.”

Lloyd was speaking as part of a panel discussion on transforming the data centre chaired by Exclusive Networks country manager Alex Teh.

Sitting alongside Lucidity cloud solutions architect Buddy Davis and Nutanix senior director of systems engineering Jeff Smith, Lloyd said users had to focus on what they were trying to achieve. In Balance’s case that was simplicity and ease of management.

One person can now manage the entire Nutanix estate, he said, upgrading at one click of the mouse.

“That saves time, which is something I don’t have a lot of.”

Lloyd said with Ballance’s heavy and static workloads, Nutanix was cheaper than public cloud by a factor of 10 to one over ten years - that amounted to savings of $1 million over five years.

“Public cloud was not really an option,” he explained. “We have no requirement for elastic workloads.”

However, channel partners were failing to deliver value and he would rather go direct for information or to consultancies such as Gartner or Forrester.

Talking to Reseller News after the event, Lloyd stood by his words, adding that the channel needs to understand its customers better. They need to come with “solutions that fit” and ideas and products that will help to better run his business.

Failure to focus on the customer and their needs, rather than pushing product, was costing the channel money, he said.

“There are missed opportunities all over the place.”

Ballance embarked on its datacentre transformation in earnest in 2014 but found the technology was not mature enough to go all-in. The overall cost was also little different from the company's traditional on-premise infrastructure.

By mid-2015 that had changed and Ballance embarked on a project to transform its secondary datacentre. If he were undertaking the project now, Lloyd said, he would have tackled both datacentres with confidence.

Lloyd had some other advice: after waiting three weeks for another Nutanix appliance node, he said more stock needs to be held in-country.

“For some that will be too long and they’ll go to the cloud. Their reason to move then becomes immediate needs not being met.”

If that is the case they will likely never move back. He also pointed out that customers often have other priorities.

“I run SAP, so I have bigger problems to worry about than underlying infrastructure,” he said.

Lloyd said he wasn’t advertising Gartner or Forrester, but it was hard for the channel to compete with the value a half-hour call to one of these consultancies could deliver. They have helped with contract terms on renewal, the fine print of licensing, and benchmarking of pricing.

“It pays for itself real quick.”

Earlier, Teh had talked about the “new disruptive brand of distribution” Exclusive Networks was bringing to New Zealand through its own and related brands such as BigTec, ITEC and Exclusive Capital.

BigTec is the lead brand for data centre transformation while ITEC delivers white-labelled managed and professional IT services on behalf of Exclusive Networks’ partners worldwide.

Nutanix’s Smith explained how the company got its DNA from Google’s file system team and turned that into something consumable by enterprises in the form of an appliance.

Nutanix allows customers to make their own choices for surrounding technologies such as hypervisors, firewalls and networking.

“There’s no lock in. You can continue to use the tools you like and are used to,” he said.

For partners that presents an opportunity to supply other parts of the solution or to build these on top themselves.