Cloud accounting software provider cracks 1 million subscribers, up by 318,000 in one year. 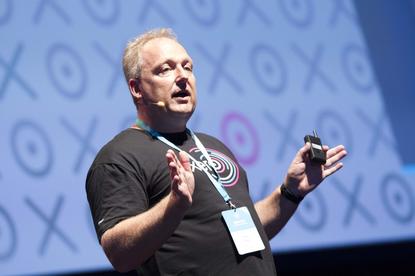 Cloud accounting software provider Xero has increased its user base by 318,000 to reach a total of 1.04 million and hit positive operating cashflow as a result.

In New Zealand, one-third of small businesses are now on the Xero platform, the company said.

CEO Rod Drury said it was a strong result right across the business with the exception of average revenue per user (ARPU). Xero is focusing on the channel mix to improve the quality of its subscriber base.

“It has been a milestone year for Xero, achieving operating cash flow break-even in the second half of the financial year, and doubling subscriber numbers in less than two years to pass the one million subscriber mark, while completing our major re-platform to Amazon Web Services,” Xero CEO, Rod Drury said.

As a result, total lifetime customer value has grown from NZ$823 million to NZ$2.2 billion over the past two years.

Strong global growth drove operating revenue of NZ$295.4 million, an increase of 43% over 2016 and 51% on a constant currency basis.

Xero had a balance of NZ$113.7 million in cash and short-term deposits at 31 March.

Operating cash flow turned positive for the first time in the second half to NZ$9.0 million, while full year operating cash outflow reduced to NZ$4.4 million from NZ$34.8 million in 2016.

Gross margin improved to 77% for from 76% even with AWS migration costs during the year.

Xero also announced a new financial web partnership, with Capital One, adding to existing partnerships with Wells Fargo and Silicon Valley Bank. Xero has also partnered with banks across Asia, including CIMB in Malaysia, HSBC in Hong Kong and UOB in Singapore.

Xero's migration to AWS during the year produced significant economies of scale.

"The advantages of a single cloud platform and world-class retention sees operating metrics expanding with scale as Xero prepares to pass into positive EBITDA," the company said.

“We believe the application of machine learning and AI to accounting will unlock significant productivity for our accountants, bookkeepers and small business customers,” Drury said.

“We are making progress in rewiring how businesses work together with more bank feeds, large enterprises connecting to their customers with Xero, and more than 20 million unique connections doing business on our platform.”