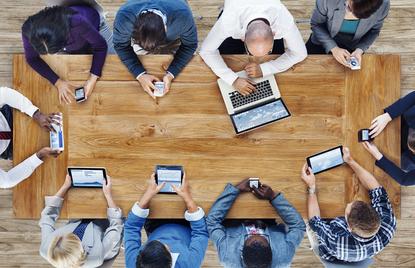 CIOs in Australia and New Zealand (A/NZ) place a higher priority on customer focus and digitalisation than global peers, with more investing in digital initiatives and fewer in core systems such as ERP.

According to Gartner research, trans-Tasman CIOs are intensifying efforts to strengthen digital leadership, organisation and technology capabilities in 2017.

Specifically, a survey of 173 local IT leaders highlighted that 49 per cent of A/NZ CIOs are participating in digital ecosystems as platforms to exchange information and interact electronically with competitors, customers, regulators, stakeholders and other enterprises.

“Many will need to shift their enterprise from a linear value chain business, trading with well-known partners and adding value in steps, to being part of a faster and more dynamic networked digital ecosystem.

“While many are actively participating now, A/NZ CIOs need to take a more assertive and ambitious outlook to avoid falling behind in 2018.”

In Asia Pacific, the average increase expected is 4.3 per cent, skewed by CIOs in both China and India reporting over 10 per cent average increases in IT budgets this year.

At a global level, CIOs expect to spend more on digitalisation in 2017, with local CIOs ahead of the overall average on investment and focus.

Meanwhile, A/NZ CIOs exceed global peers in expectation of digital spend from the IT budget this year, as well as in projections for 2018.

“One of the most significant digital investment challenges for A/NZ CIOs is that digital programs require a multi-year budget approach,” Beresford added.

“They share frustration with their business executives in trying to accelerate digital investment while budgets are still adjusted on a quarterly or annual basis, lagging changes in revenue forecasts and pace of digital demand."

From a monetary standpoint, Beresford said that A/NZ CIOs are more successful than global CIOs at achieving IT cost optimisation targets.

On average, A/NZ respondents who have a cost optimisation target have achieved 78 per cent of their goals.

In terms of cost efficiencies, trans-Tasman CIOs are very business focused on average.

“They are more likely to prioritise using IT for business cost optimisation over cutting the cost of day-to-day IT services than global peers,” Beresford explained.

“The strong business focus of A/NZ CIOs also shows in their strong performance on stakeholder satisfaction with IT services, where ANZ CIOs are slightly above average on a global scale.”

In looking ahead, the top areas of new technology investments show that significant spending and opportunity continues in big data and analytics, and that cloud continues to have significant momentum.

Specifically, digital investment is more popular among A/NZ CIOs (28 per cent) than global peers (16 per cent) while proportionally fewer local CIOs report core or ERP systems to be a top technology area.