Public sector CIOs advised to benchmark against top performers in other service industries. 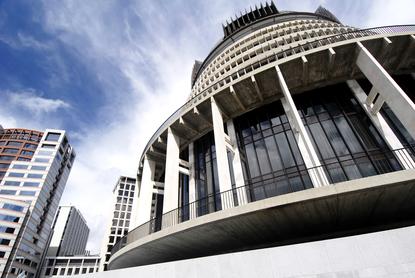 Top-performing organisations in the private and public sectors, on average, spend a greater proportion of IT budgets on digital initiatives (33 per cent), compared to government departments (21 per cent).

According to Gartner research - including the views of 2,598 CIOs from 93 countries - leading businesses anticipate spending 43 per cent of IT budgets on digitalisation by 2018, compared with 28 per cent for government CIOs.

From a global perspective, 2016 proved to be a watershed year in which frustration with the status quo of government was widely expressed by citizens at the voting booth and in the streets, accompanied by low levels of confidence and trust about the performance of public institutions.

“This has to be addressed head on,” Gartner research vice president, Rick Howard, said. “Government CIOs in 2017 have an urgent obligation to look beyond their own organisations and benchmark themselves against top-performing peers within the public sector and from other service industries.

“They must commit to pursuing actions that result in immediate and measurable improvements that citizens recognise and appreciate.”

Howard said government CIOs as a group anticipate a 1.4 per cent average increase in IT budgets, compared with an average 2.2 per cent increase across all industries.

Meanwhile, local government CIOs fare better, averaging 3.5 per cent growth, which is still more than one per cent less on average than IT budget growth among top-performing organisations overall (4.6 per cent).

According to Howard, the data is directionally consistent with Gartner's benchmark analytics, which indicate that average IT spending for state and local governments in 2016 represented four per cent of operating expenses, up from 3.6 per cent in 2015.

For national and international government organisations, average IT spending as a percentage of operating expenses in 2016 was 9.4 per cent, up from 8.6 per cent in 2015.

“Whatever the financial outlook may be, government CIOs who aspire to join the group of top performers must justify growth in the IT budget by clearly connecting all investments to lowering the business costs of government and improving the performance of government programs,” Howard said.

Looking beyond 2017, Gartner asked respondents to identify technologies with the most potential to change their organisations over the next five years.

Furthermore, Howard said the Internet of Things will “clearly drive transformative change” for local governments (68 per cent), whereas interest in business algorithms is highest among national governments (41 per cent).

All levels of government presently see less opportunity in machine learning or blockchain than top performers do.

Local governments are slightly more bullish than the rest of government and top performers when it comes to autonomous vehicles (nine per cent) and smart robots (six per cent).

The top three barriers that government CIOs report they must overcome to achieve their objectives are skills or resources (26 per cent), funding or budgets (19 per cent), and culture or structure of the organisation (12 per cent).

Drilling down into the areas in which workforce skills are lacking, the government sector is vulnerable in the domain of data analytics (30 per cent), which includes information, analytics, data science and business intelligence.

In addition, security and risk is ranked second for government overall (23 per cent).

“Bridge the skills gap by extending your networks of experts outside the agency,” Howard said.

“Compared with CIOs in other industries, government CIOs tend not to partner with startups and midsize companies, missing out on new ideas, skills and technologies."

For Howard, the concept of a digital ecosystem is not new to government CIOs.

Howard said government organisations participate in digital ecosystems at rates higher than other industries, but they do so as a matter of necessity and without planned design.

Overall, 58 per cent of government CIOs report that they participate in digital ecosystems, compared with 49 per cent across all industries.

“The digital ecosystem becomes the means by which government can truly become more effective and efficient in the delivery of public services,” he added.