Security revenue growth was strong during the second half of 2016, especially for large vendors. 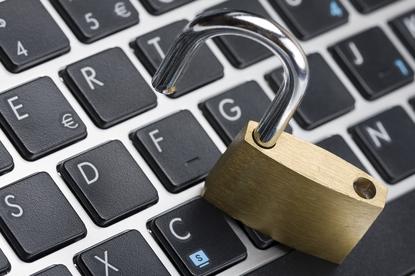 Security vendors are on a double-digit growth trajectory across the industry, backed by improving margins and increased research and development (R&D).

According to recent Technology Business Research findings, security revenue growth was strong during the second half of 2016, especially for large vendors that maintained their investments despite market wide decelerations in some product segments and geographic regions earlier in the year.

The two dozen key vendors in TBR’s security coverage achieved average year-to-year revenue growth of 22 per cent, highlighting the "continued abundance of opportunities" available to vendors in or adjacent to the cyber security market.

According to TBR’s benchmark, Symantec led the market based on security revenue, while Huawei delivered the strongest growth in 2H16.

Faced with recent challenges, such as margin pressures and the difficulty of hiring and retaining skilled security professionals, some vendors stepped back from the market in 2015, divesting their network firewall business units or even their entire security software portfolios.

However, according to findings, Symantec, Huawei, IBM, Cisco, Fortinet, Proofpoint and Trend Micro sustained their investments in their security portfolios and staff, evidenced by their security R&D and sales & marketing spending rates.

“These vendors were well-positioned to capture the increased customer spending that followed a spate of ransomware and distributed denial of service attacks in 2H16,” the report stated.

Consequently, TBR expects challenges will continue to mount for start-ups as large and mid-size vendors deliver platforms and fabrics that motivate customers to deploy security solutions from a fewer number of vendors.

The findings follow news that worldwide revenues for security-related hardware, software, and services will reach US$81.7 billion in 2017, an increase of 8.2 per cent over 2016.

Specially, and according to IDC research, global spending on security solutions is expected to accelerate slightly over the next several years, achieving a compound annual growth rate (CAGR) of 8.7 per cent through 2020 when revenues will be nearly US$105 billion.

“The rapid growth of digital transformation is putting pressures on companies across all industries to proactively invest in security to protect themselves against known and unknown threats,” IDC program director, Eileen Smith, said.

”On a global basis, the banking, discrete manufacturing, and federal/central government industries will spend the most on security hardware, software, and services throughout the 2015-2020 forecast.

“Combined, these three industries will deliver more than 30 per cent of the worldwide total in 2017."

Of note for the channel, services will be the largest area of security-related spending throughout the forecast, led by three of the five largest technology categories: managed security services, integration services, and consulting services.

Together, companies will spend nearly US$31.2 billion, more than 38 per cent of the worldwide total, on these three categories in 2017.