Semiconductor revenue in the Asia-Pacific region is forecast to increase by 14.6 per cent from 2016 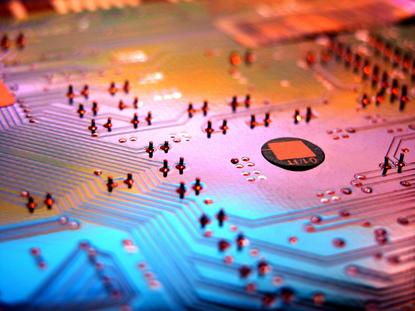 Semiconductor revenues in the Asia Pacific (APAC) region are forecast to total US$275 billion in 2017, amounting to around 71 per cent of global revenue for the sector.

According to analyst firm, Gartner, this represents an increase of 14.6 per cent from 2016, it said.

This mirrors worldwide semiconductor revenues, which the company forecasts to total US$386 billion in 2017, an increase of 12.3 per cent from 2016.

Gartner’s recent findings in the worldwide semiconductor space further supported this claim, with the company finding that semiconductor revenue totalled US$339.7 billion in 2016, a 1.5 per cent increase from 2015's revenue of US$334.8 billion.

It also found that Intel remained in the top spot, marking 25 years as the number one semiconductor vendor, with 15.9 per cent market share.

According to Gartner research director, Jon Erensen, favorable market conditions that gained momentum in the second half of 2016, particularly for commodity memory, have accelerated and raised the outlook for the market in 2017 and 2018.

However, Erensen added that the memory market is fickle, and additional capacity in both DRAM and NAND flash is expected to result in a correction in 2019.

"While price increases for both DRAM and NAND flash memory are raising the outlook for the overall semiconductor market, it will also put pressure on margins for system vendors of smartphones, PCs and servers," Erensen said.

"Component shortages, a rising bill of materials, and the prospect of having to counter by raising average selling prices (ASPs) will create a volatile market in 2017 and 2018."

He also mentioned that PC DRAM pricing has doubled since the middle of 2016.

“A 4GB module that cost $12.50 has jumped to just under $25 today. NAND flash ASPs increased sequentially in the second half of 2016 and the first quarter of 2017. Pricing for both DRAM and NAND is expected to peak in the second quarter of 2017, but relief is not expected until later in the year as content increases in key applications, such as smartphones, have vendors scrambling for supply.”

According to Erensen, with memory vendors expanding their margins though 2017, the temptation will be to add new capacity.

"We also expect to see China make a concerted effort to join the memory industry, setting the market up for a downturn in 2019."

Gartner, however, estimates that unit production for premium smartphones, graphics cards, video game consoles and automotive applications will have improved and will contribute to the stronger outlook in 2017.

In addition, electronic equipment with heavy exposure to DRAM and NAND flash will see semiconductor revenue estimates increase. This includes PCs, ultramobiles, servers and solid-state drives, according to Gartner.

"The outlook for emerging opportunities for semiconductors in IoT and wearable electronics remains choppy with these markets still in the early stages of development and too small to have a significant impact on overall semiconductor revenue growth in 2017," Erensen added.

The latest figures come as Toshiba moves to sell-off the remainder of its semiconductor business unit in a bid to keep it head above water following major financial mishaps over the past year.