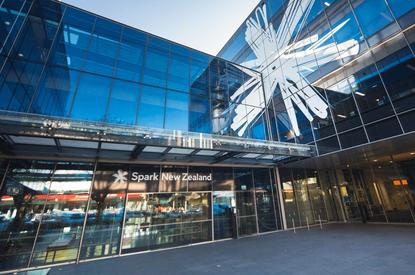 The Commerce Commission has to consider broader issues than direct competition between Spark and takeover target TeamTalk.

While Spark has submitted there are few areas of overlapping service, and therefore direct competition, between the two companies, the regulator's issues paper notes that the alternative of not allowing the takeover may, in this case, not be the status quo.

That is because Vodafone has also made a bid to buy a majority stake in TeamTalk's rural services subsidiary Farmside.

Vodafone has more than a general market interest in the outcome. Farmside is a Vodafone reseller, or MVNO (mobile virtual network operator).

Spark swooped on TeamTalk on February 7, offering 80 cents a share for the company. TeamTalk shares had been trading on market for around 45 cents after a period of under-performance. This morning they were trading at 91 cents.

TeamTalk has labelled the offer inadequate and argued it undervalued the company.

In addition to direct competition between the two companies, the regulator also has to consider broader effects of a takeover within the telco market, such as whether owning TeamTalk would allow Spark to shut out other competitors.

Among the issues, Spark has submitted that it does not own any fixed local access fibre network infrastructure and so no overlap occurs with TeamTalk’s local networks in Wellington and Auckland.

Both TeamTalk and Spark provide WiFi in the Wellington CBD, however, Spark submits it only offers free WiFi hotspots around its payphone sites to Spark customers and there are low barriers for other providers to offer an such services.

Similarly, Spark argues it does not provide mobile radio services, or own a digital radio network, and so no overlap occurs with TeamTalk’s service.

Both Spark and TeamTalk provide broadband and mobile, however Spark argues TeamTalk’s participation in that market is minimal, focusing on rural customers through Farmside.

Spark also does not own any peering exchanges and so argues there is no overlap with TeamTalk’s peering services.

"Spark does, however, offer 'local peering' services where ISPs can interconnect with Spark’s network and exchange internet traffic within that designated coverage area between ISP’s end users and Spark’s broadband users," the issues paper says.

Submissions to the Commerce Commission are open until 14 April. The regulator plans to make a decision by 22 May.